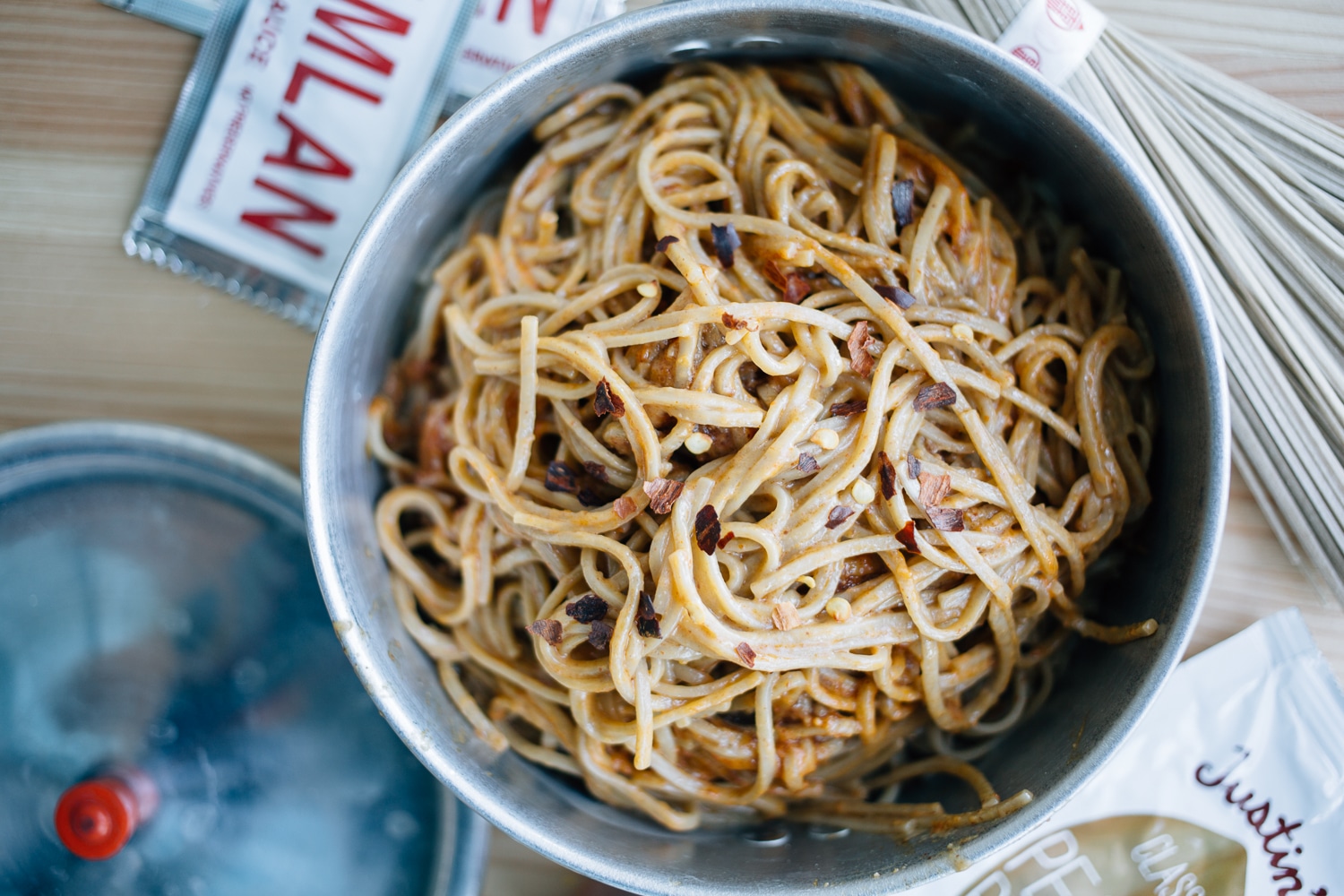 The first time we ever tried Dan Dan Noodles was in a strip mall restaurant in Alhambra, CA. We had no idea what any of the dishes tasted like, but the name rolled off the tongue easily enough, so we went with it. At the time, it felt like we were taking a chance and rolling the dice. Little did we know the dice were loaded and we could do no wrong: everything on the menu was delicious.

Still, Dan Dan Noodles was our first foray into Taiwanese fare, which is now our go-to Chinese Comfort Food, and holds a special place in our hearts. It’s a fairly simple noodle dish that is served with a spicy peanut butter sesame sauce and usually comes with ground pork on top. The word Dan Dan actually refers to a type of stick Chinese street vendors used to carry. On one end of the stick was a basket containing the noodles, on the other end was a basket containing the sauce. Therefore the name Dan Dan Noodles can be roughly translated to “noodles carried by stick.”

Perhaps it was the imagery of a hobo bindle filled with noodles, or perhaps it was the dishes fiery yet comforting warmth, but we both felt that Dan Dan noodles would be an excellent camp food. And best of all, it’s super easy to make. As with many of our camping adaptions, we tweaked the classic recipe slightly to make it more portable while still delivering substantial protein. We, therefore, dropped the ground pork, upped the peanut butter sauce, and opted for high protein buckwheat soba noodles instead of the usual flour noodles.

When the weather turns against us or we’re feeling beat at the end of the day, this hot and spicy bowl of noodles is all we need to pick ourselves back up again.

Calories: 802kcal
*Nutrition is an estimate based on information provided by a third-party nutrition calculator
Main Course
Camping

For directions on how to prep and cook this as a high protein, packable backpacking meal, check out the instructions in our Vegetarian Weekend Backpacking Menu guide! 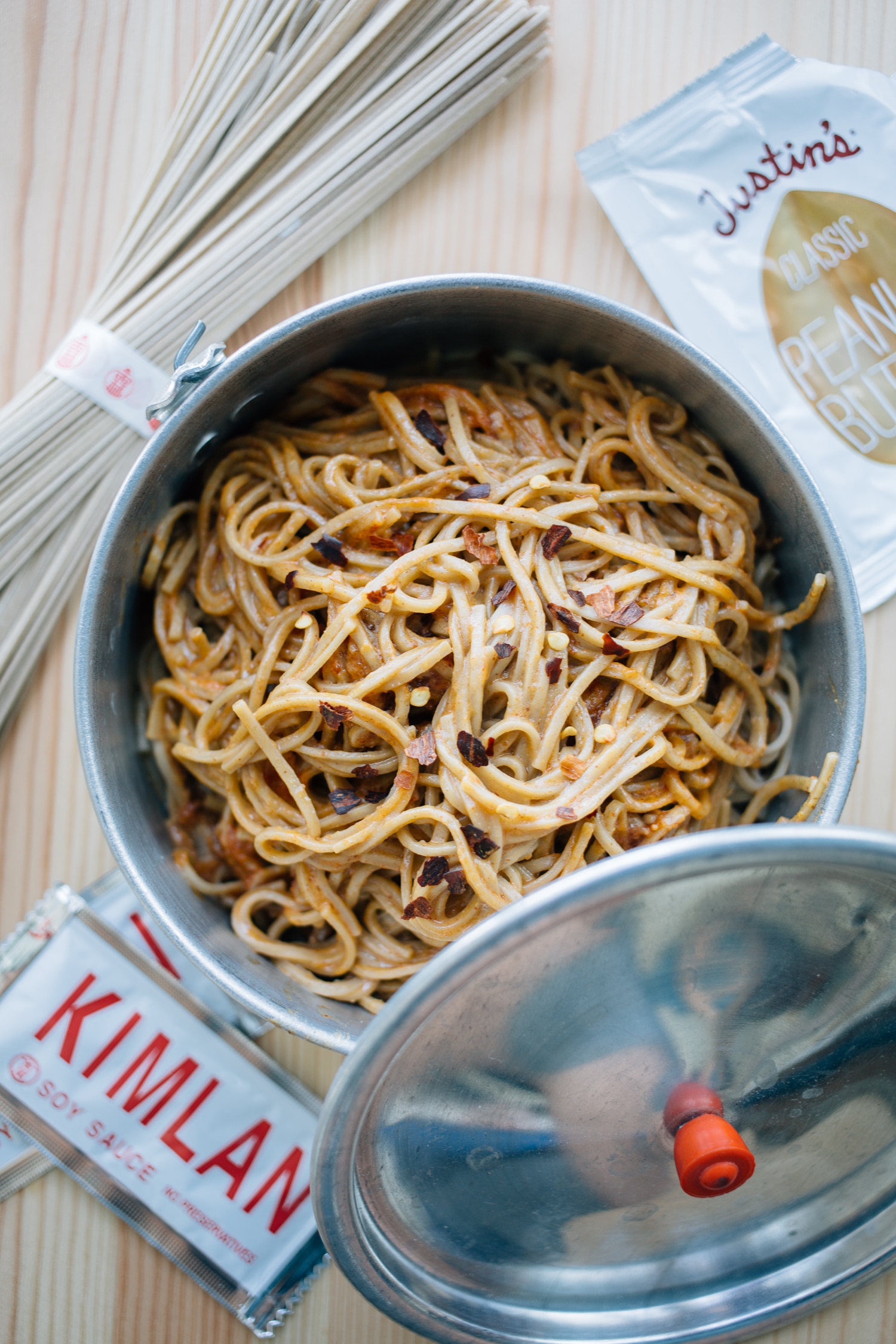