This sweet & savory maple soy tempeh is a wonderful vegan grilling option for your next BBQ or camping trip! 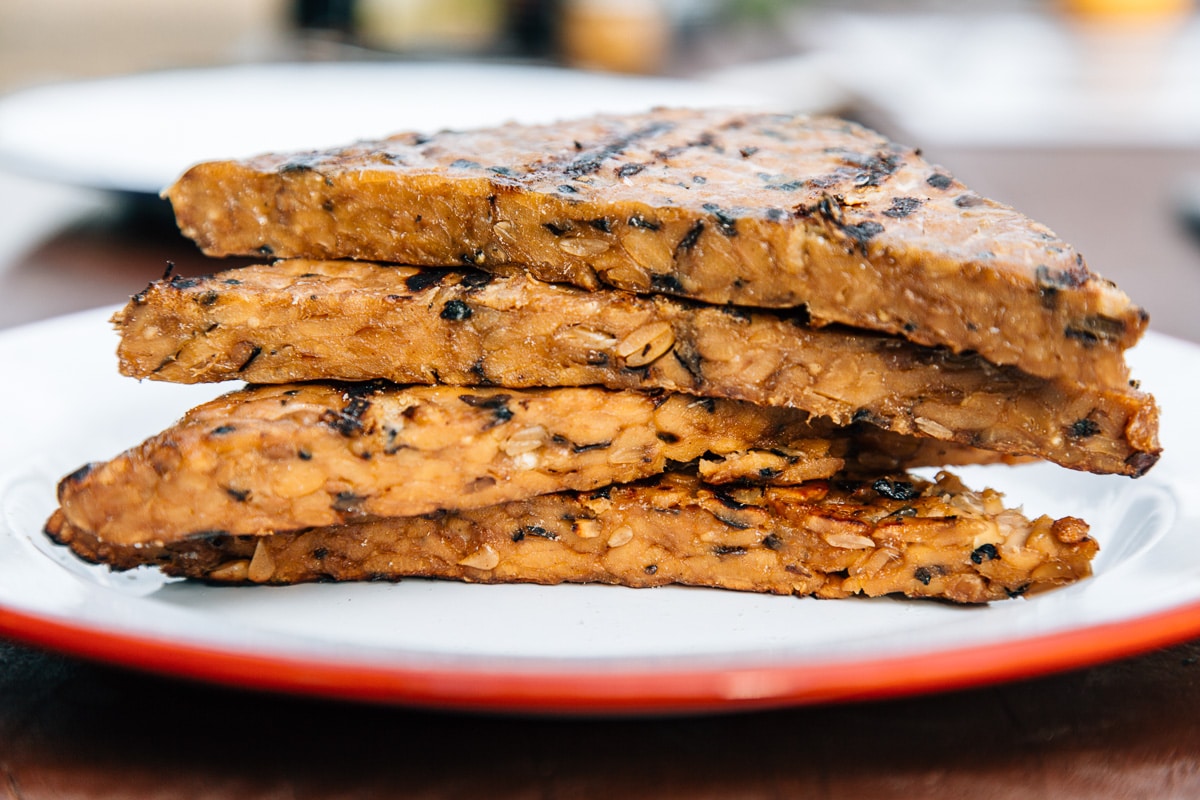 As we mentioned previously, we have a somewhat skeptical opinion of the traditional Thanksgiving turkey.  Even in an indoor kitchen, under the best of circumstances, properly cooking at turkey can be a real challenge. Overcooked outsides and dry insides are all too common (never mind the roughly 4,000 home cooking fires that break out each year from people trying to deep-fry a whole turkey). And even if you do manage to run the gauntlet and pull off the perfectly cooked bird, it’s nearly always overshadowed by the abundant and diverse spread of Thanksgiving specific sides.

So if you’re thinking about hosting Thanksgiving while camping, we strongly advocate you consider the risk/reward of cooking a whole turkey. For some people, it’s an absolute requirement. In that case, we can only wish you the best of luck (and we’ll share a tip from one of our readers: try using a Rocket Roaster). But if you are open to something a little non-traditional (that’s what a Thanksgiving campout is anyway, right?), may we suggest an alternative: Grilled Maple Soy Tempeh.

Now, if we’re being honest, the taste and texture of tempeh are a lot closer to most oven baked turkey than most people are willing to admit. On top of that, it’s loaded with protein and nearly foolproof to prepare. But best of all, tempeh soaks up marinade like a sponge, making it flavorful without having to drown it with gravy. This version combines the salty goodness of soy sauce with the all-natural sweetness of maple syrup. Finally, a touch of apple cider vinegar is used to give it a bright pop.

So if you’re thinking about cooking Thanksgiving in the great outdoors this year, and not completely married to the idea of cooking a 15-pound turkey at a campsite, then we suggest you consider this as a viable alternative. 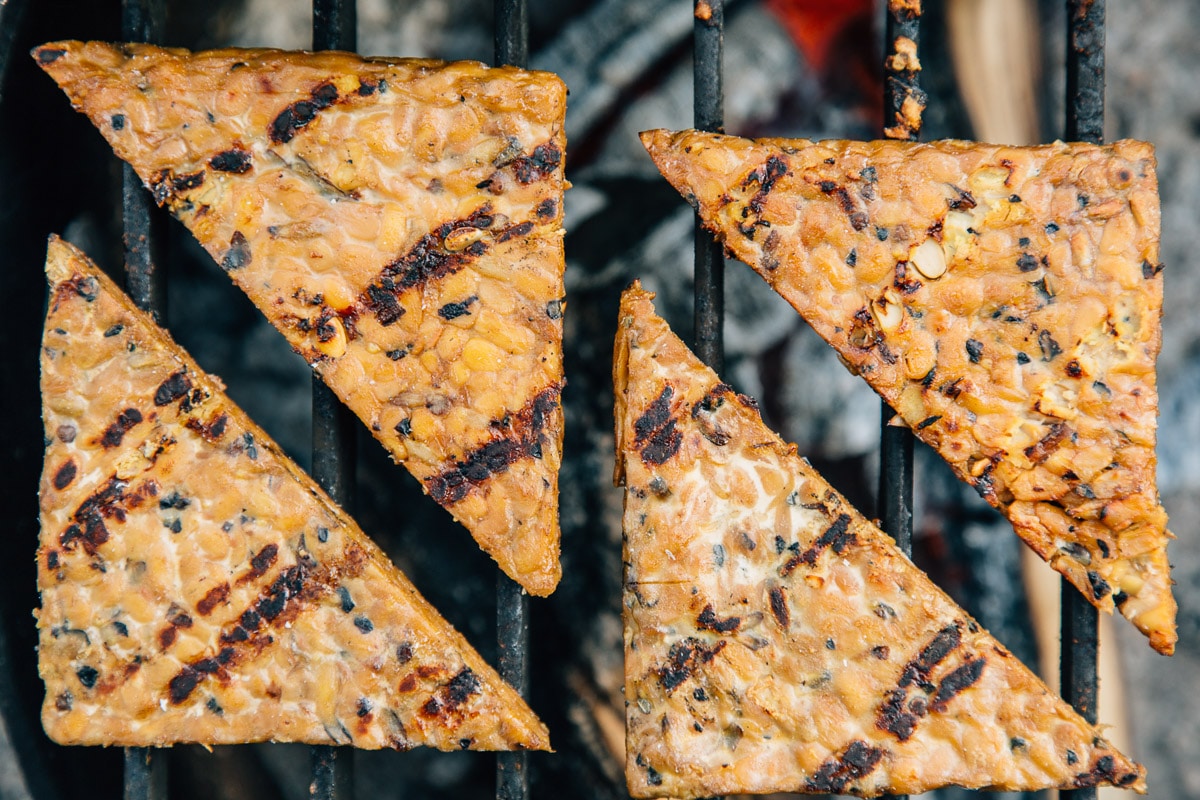 Calories: 167kcal
*Nutrition is an estimate based on information provided by a third-party nutrition calculator

Want to turn your Thanksgiving into the best camping trip of the year? Be sure to check out our top tips for a successful Campsgiving here! 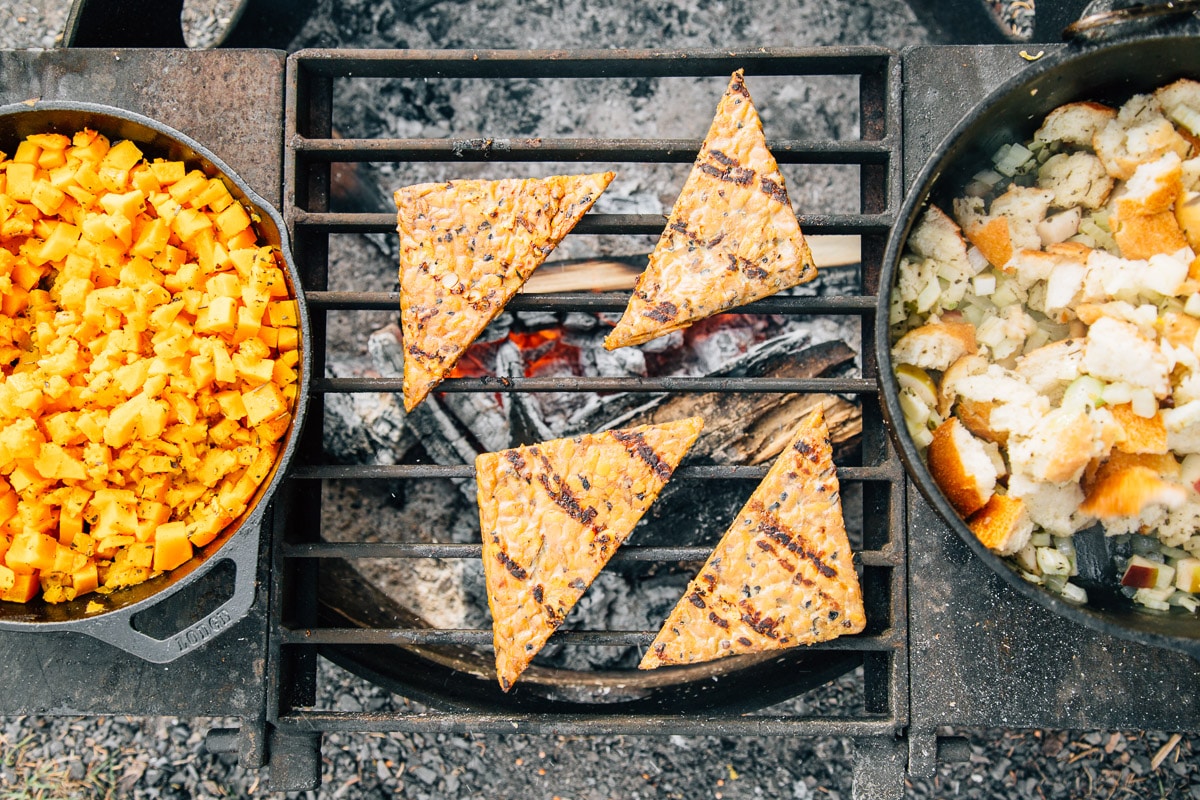