Just in time for the 4th of July holiday weekend, we’ve revamped our favorite last-minute side dish for you: red, white and blue potato salad. 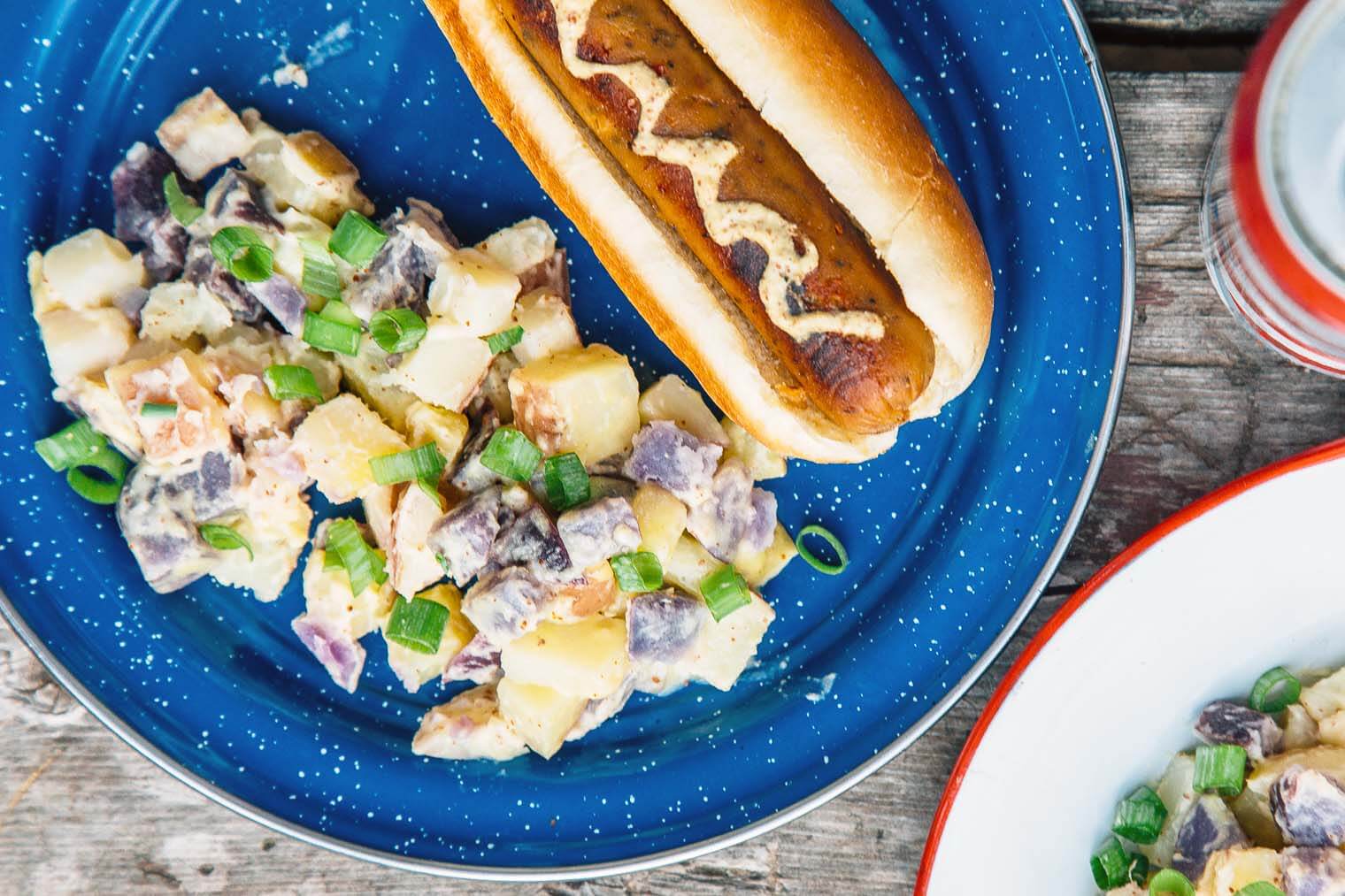 For as long as I (Michael) can remember, the 4th of July has been my favorite holiday. Held in the middle of summer, it’s one of the few holidays where shorts are appropriate attire. It’s a low stress, informal event that’s centered around BBQ-ing outdoors, parade watching, flag waving, and typically capped with an amazing fireworks display. What’s not to like?

It’s also about America. Actually, it’s mostly about America. But that’s a pretty big concept for people to wrap their heads around when they’re 3 hot dogs and 4 beers into to a long weekend.

Most of us have a highly localized concept of America. Whether it’s your neighborhood, your town, your state, or your region, all of us –  quite naturally – relate to the part of America we find ourselves spending the most time in. And even then, we can find plenty of disagree about.

But this is a grand country, much grander than we could have ever realized. Having been on the road for the past 11 months, we’ve had the opportunity to experience the country in a whole new way.

We’ve seen natural landscapes that feel completely foreign to us, visited towns we never heard of before, and spoke with people of all walks of life. We’ve chatted with millionaires and the homeless. We’ve talked extensively with Republicans, Democrats, and the completely marginalized. We’ve been hosted in very nice houses and we’ve slept in Wal-Mart parking lots. We’ve driven through the gentrified streets of San Francisco and the dirt roads of Native American reservations. We’ve be in the wild frontiers, rural farmlands, suburban sprawl, and city centers. Basically, we’ve seen a lot of America that we never knew existed.

At first, we were struck by how many different “Americans” there were, but we’re starting to realize just how similar we all are. On the surface, it all looks different, but after spending some time in an area, we quickly start to feel the connection. Everywhere we’ve traveled, we’ve met people, living their lives, in their own unique way. It’s hard to express in words, but there’s an immediate sense of commonality, that once felt, is impossible to deny.

While this quote is usually dragged out and put on display in regards to international travel, we can say it applies equally to domestic travel as well.

“Travel is fatal to prejudice, bigotry, and narrow-mindedness, and many of our people need it sorely on these accounts. Broad, wholesome, charitable views of men and things cannot be acquired by vegetating in one little corner of the earth all one’s lifetime.” – Mark Twain

The United States is such an amazingly diverse place, and we haven’t even seen the half of it yet! We’re looking forward to getting better acquainted with the country we call home. While we really enjoyed the 4th of July before, this year in particular we are going to have a whole new appreciation for it.

Anyways, now for some potato salad… 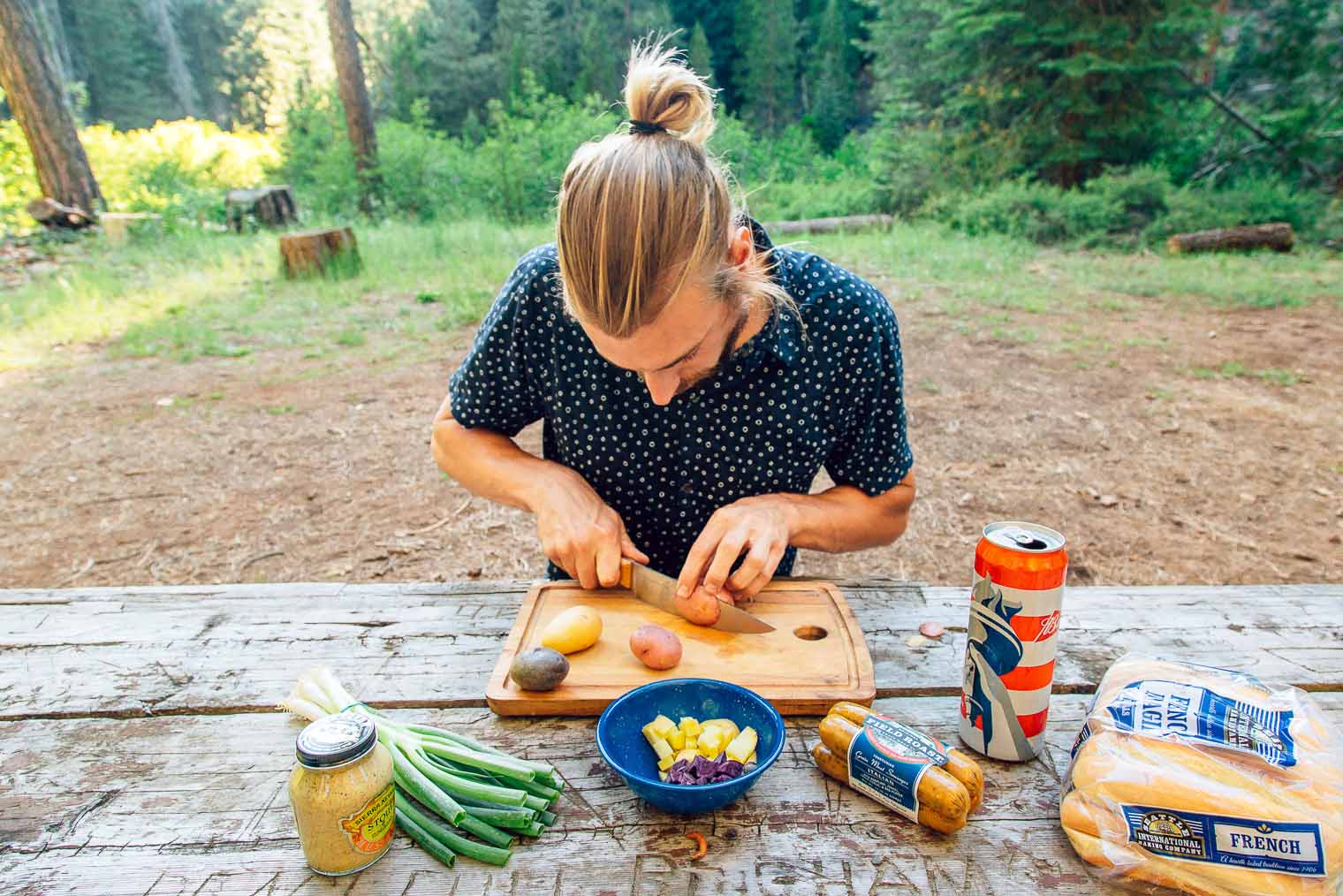 This red, white, and blue potato salad can be made at home before your camping trip. Pack in a tupperware and store in your cooler until you're ready to serve!
Author: Fresh Off the Grid
No ratings yet
Print Pin Rate
Prep Time: 5 minutes
Cook Time: 15 minutes
Total Time: 20 minutes
4 servings

Calories: 145kcal
*Nutrition is an estimate based on information provided by a third-party nutrition calculator
Side Dish
American
camping food, make ahead 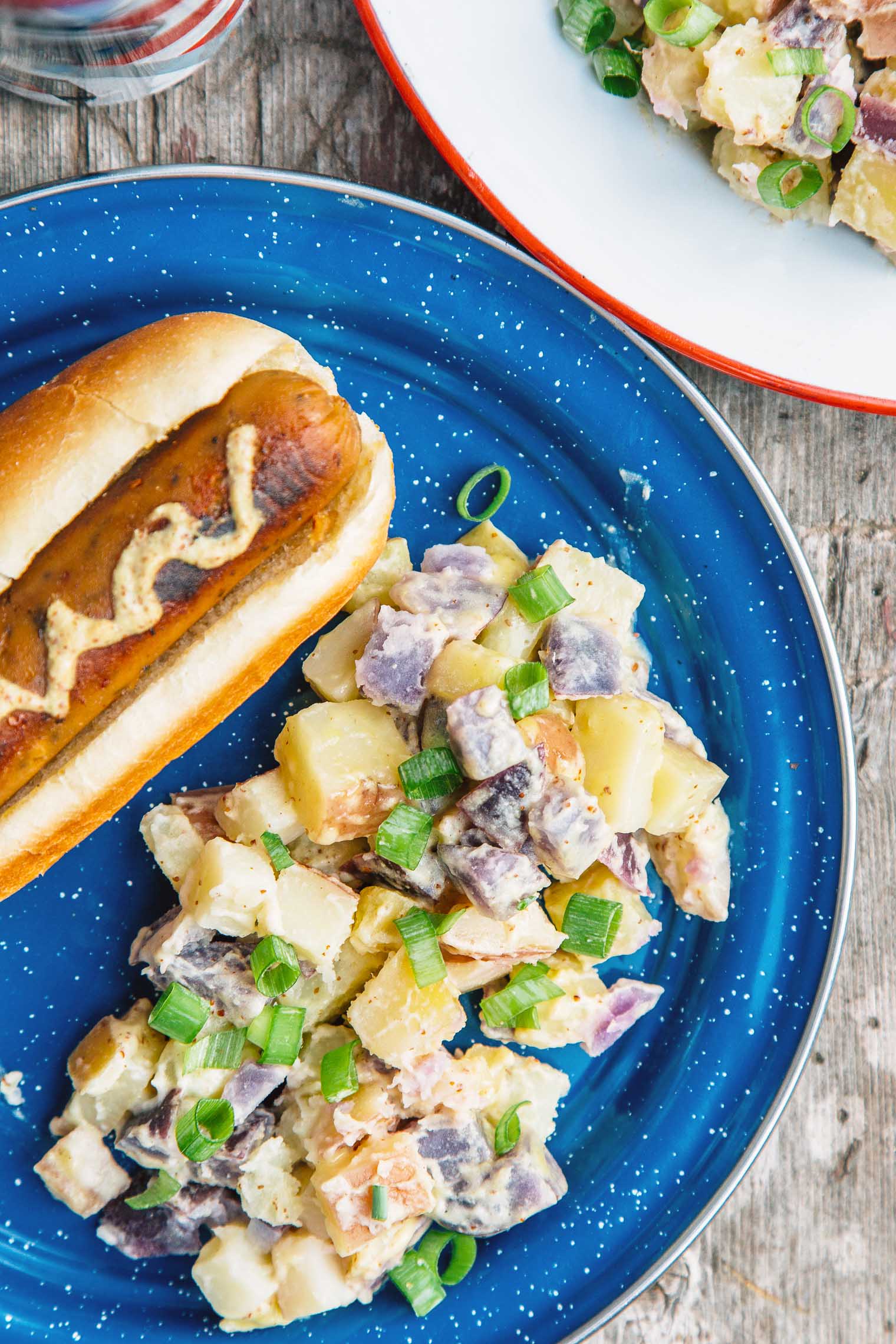