Nothing captures the essence of camping like a classic s’more. The simple yet ingenious recipe for a “marshmallow graham cracker sandwich” dates back to the early 1920’s, and was officially published in 1929 in the handbook Tramping and Trailing with the Girl Scouts. And since then, s’mores have been enjoyed by millions of campers all over the world. 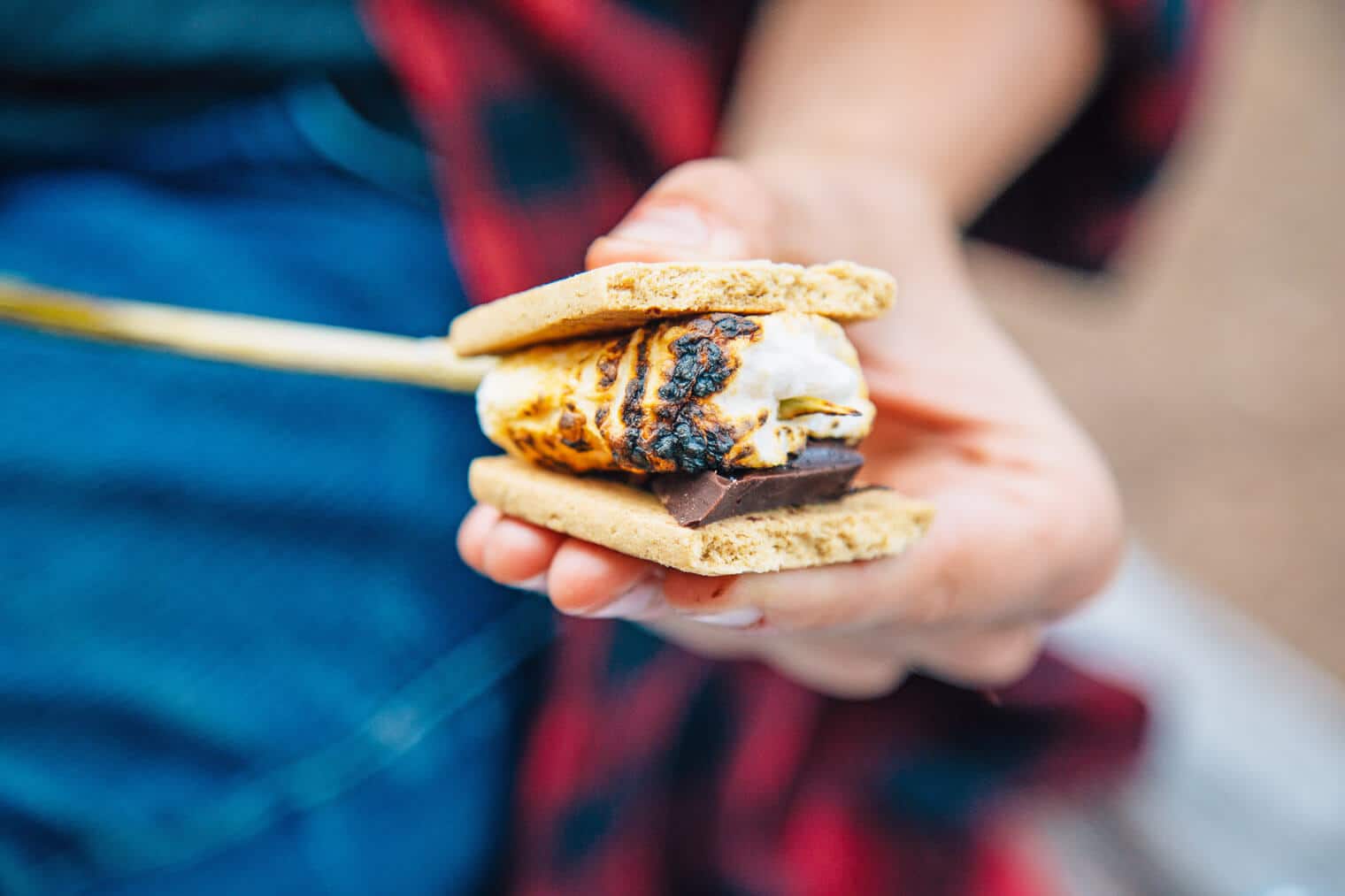 So why make a vegan version of this campfire tradition? Why mess with success? It’s a worthy question. While we are anything but food purists, we have to respect any recipe that has remained relatively unchanged for nearly a century. But perhaps the better question is: why aren’t s’mores vegan to begin with?

Crunchy graham crackers, toasted marshmallows, and just-starting-to-melt chocolate. These are the hallmark features of a great s’more, however, there really isn’t anything here that necessitates the use of animal products. It’s certainly not central to the flavor profile, so is it really essential? So we took a look at why traditional s’mores contain animal product in the first place and explore a few options to make them vegan. 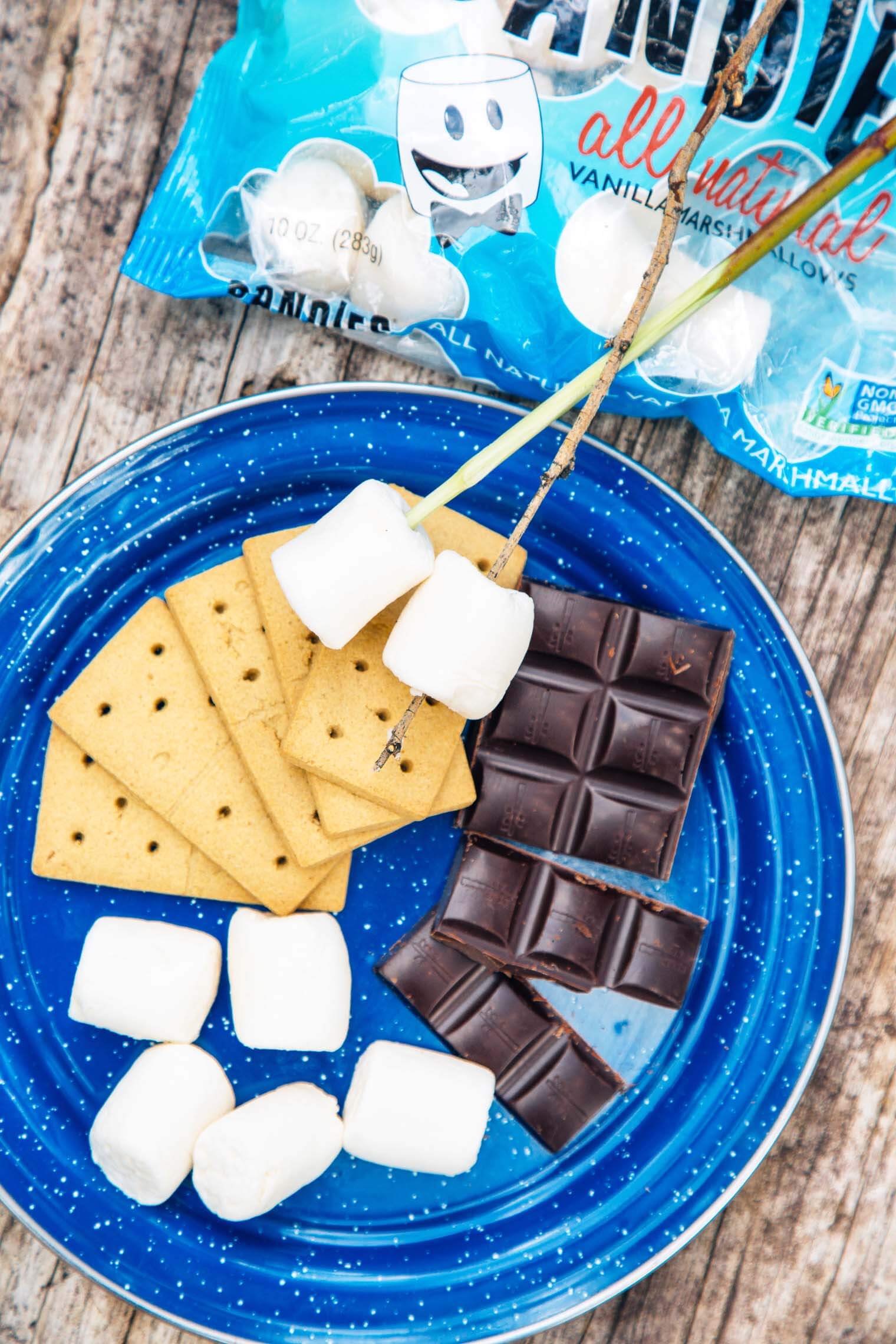 Graham Crackers: The original graham cracker was invented by Reverend Graham in 1829 and didn’t contain any sweetener at all. Over the years, the graham cracker has grown progressively sweeter – becoming more like a cookie than a cracker. Now, nearly every graham cracker manufacturer uses honey as at least one of its sweeteners (i.e. Honey Maid). In our opinion, this doesn’t need to be the case. While there are some accidently vegan graham crackers on the market, like Nabisco’s Original Grahams, there are also some more intentionally vegan version as well. We picked up a box of Smoreables Graham Crackers from Whole Foods for this recipe (these are also gluten free).

Marshmallows: You might not expect it, but marshmallows have actually been around since ancient Egypt, where sap from the marshmallow plant would be extracted, whipped, and sweetened. It wasn’t until the late 1800’s that French confectioner-industrialists started using gelatin in their recipes to make it easier for them to mass-produce their product. Thankfully, you don’t need melted horse hoof byproduct in order to make delicious, fluffy marshmallows (actually you never did). While there are a variety of vegan marshmallow options out there, the one we’ve been enjoying the most are Dandies. They’re everything you expect out a of marshmallow: light, fluffy, sweet. If you’re accustomed to the flavor and texture of a standard JetPuff marshmallow, we guarantee you’re not sacrificing anything by switching to Dandies.

Chocolate: While Hershey Chocolate Company has tried their best to convince the world that milk chocolate is essential to making a s’more, the historical text suggests otherwise. The original 1929 recipe from Tramping and Trailing with the Girl Scouts calls for “plain chocolate” and then further clarifies “from any of the good plain brands”. Now in terms of chocolate, this is a pretty broad definition, but thankfully you’ve got tons of “good brands” to choose from. If you’ve become attached to the light and creamy flavor of milk chocolate, there are some great vegan alternatives that use rice milk, coconut milk, and almond milk. Or, if you’re like us, and prefer the taste of dark chocolate instead then it is even easier to find a vegan chocolate bar. For this recipe we picked up a bar of 72% dark chocolate from Endangered Species brand, which donates 10% of their net profits to animal protection charities.

So there you have it: a classic vegan s’more. It’s just as delicious as a non-vegan s’more, but with 100% less animal product. So unless you feel really strongly about eating gelatin (we don’t) then there’s no reason not to give this version a try 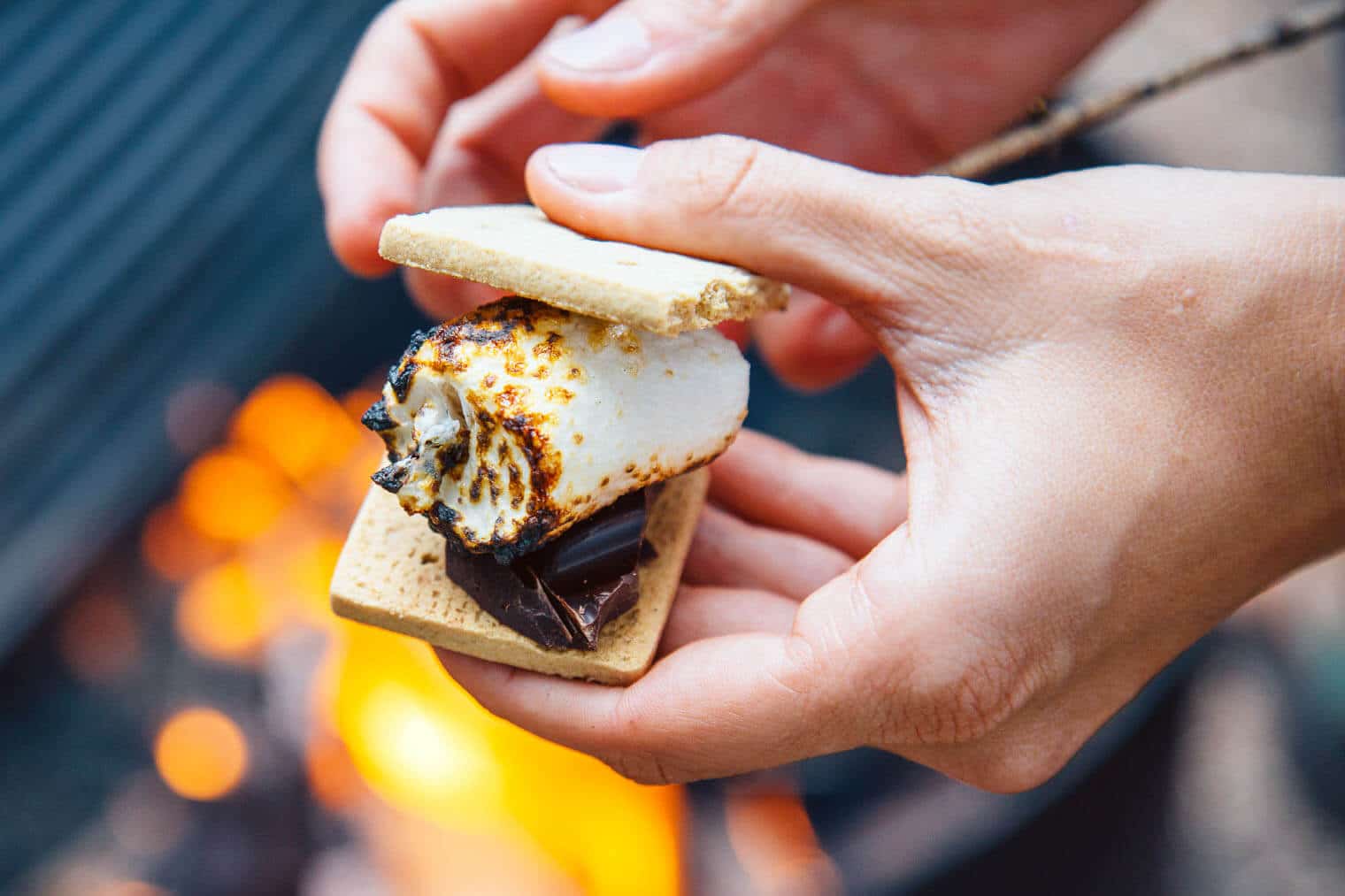 Calories: 95kcal
*Nutrition is an estimate based on information provided by a third-party nutrition calculator 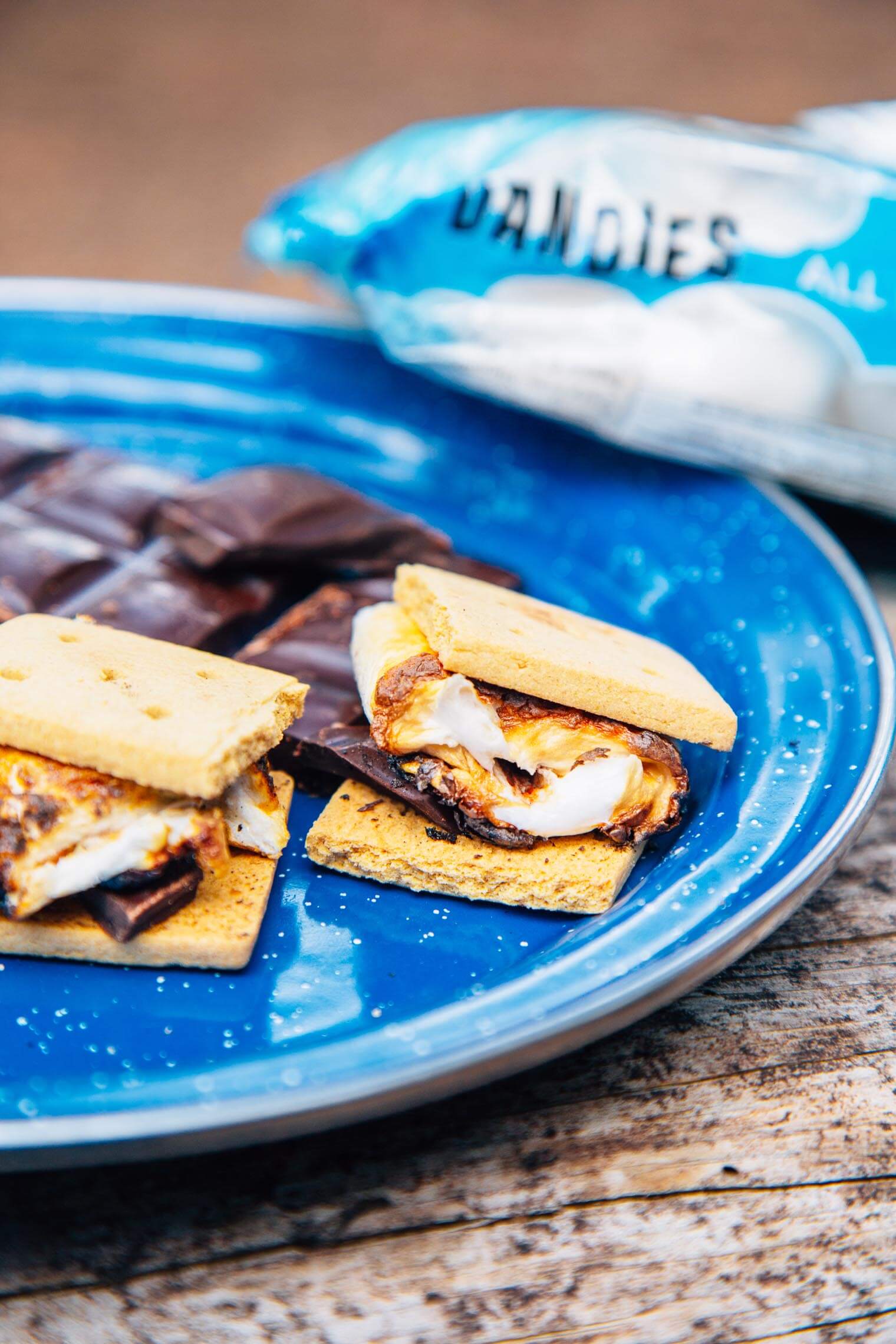 Big thanks to Dandies for making this post possible. We’ve been fans of their marshmallows for some time, and we were stoked to have the opportunity to collaborate with them.