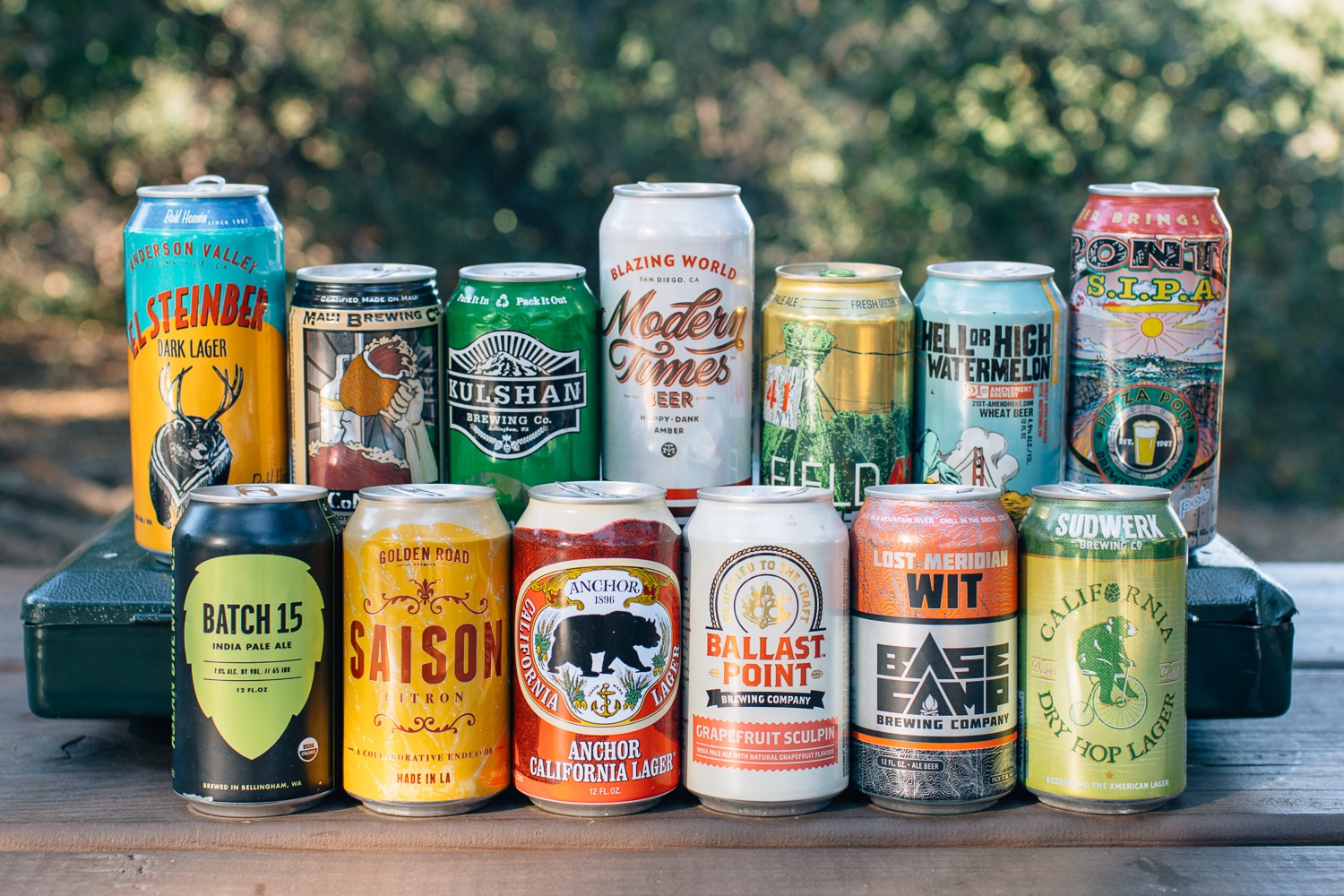 After setting up your campsite on a warm summer day, there’s no better sound than the fizzy hiss and satisfying crack of a beer can being opened. Let’s be honest, getting outdoors can sometimes be a struggle: packing up your gear, battling traffic, setting up at the site, but the sound of an opening beer signals a mental shift. Everything it took to get here is behind you. Now is the time to relax. Now is the time to open your eyes, take a look around and enjoy.

When it comes to camping, canned beer is by far the best option. Not only do cans keep out light and oxygen that can taint the beer’s taste, but cans are also shatter-proof, stackable, chill faster than bottles, and can be crushed – making it easy to “pack ’em in and pack ’em out.” And, of course, they’re recyclable!

Until recently, canned beer options were limited to the watery swill of mega-macro brews. But ever since Dale Katechis of Oskar Blues started canning Dale’s Pale Ale in 2002, there’s been a bonafide canned beer movement among microbreweries. As of 2015, there were nearly 500 craft breweries canning over 1,800 beers. Each state has at least one microbrewery that offers cans, so chances are there’s an aluminum cylinder of liquid refreshment near you.

To kick off Hipcamp’s West Coast Launch, we’ve put together a collection of West Coast canned beers that are certain to enhance your next summer adventure. And for extra credit, we’ve paired each beer with a nearby campsite so you can pick up a six-pack of what’s local. 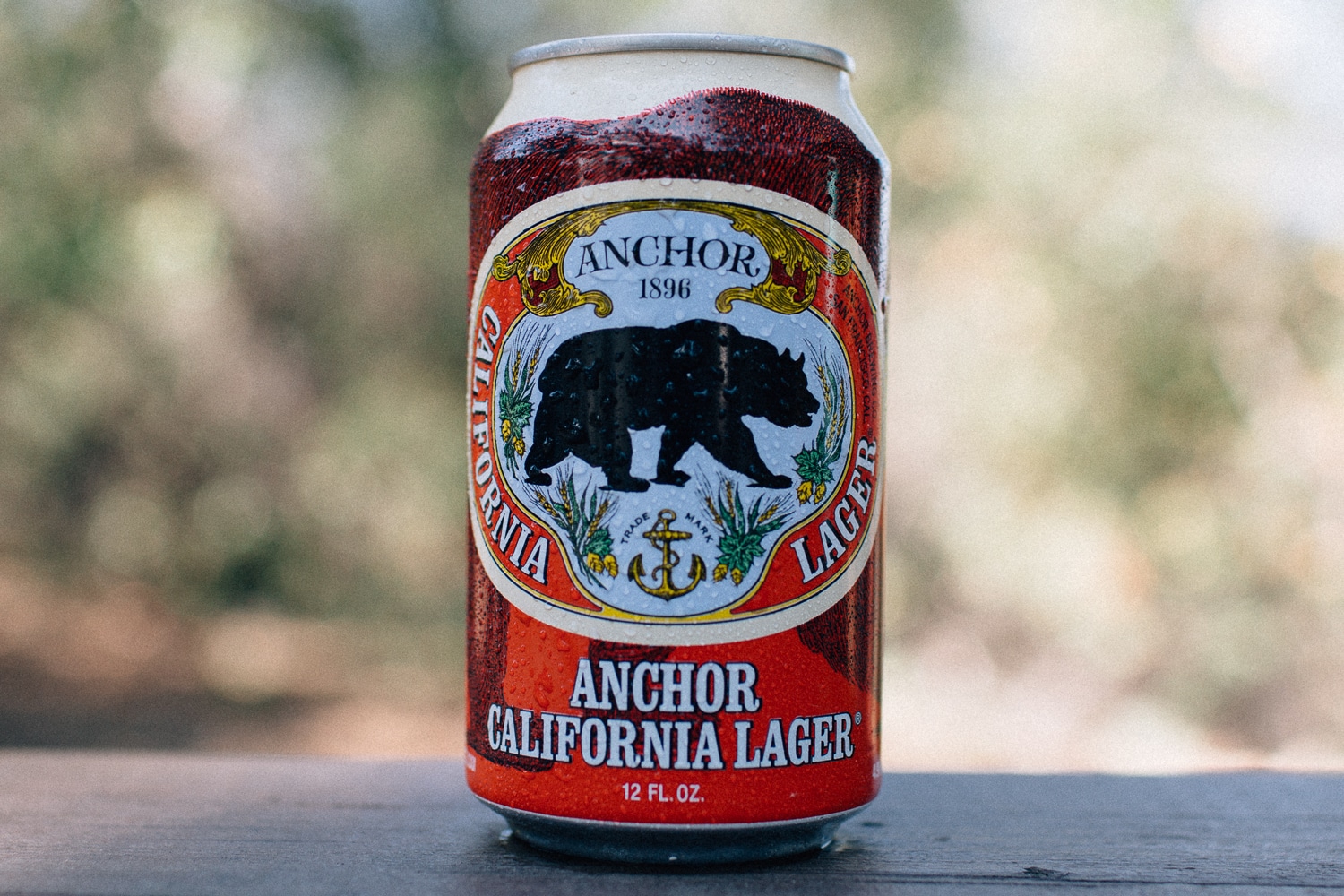 California’s first lager was brewed in the Sierra Nevada mountains in a tiny railway town called Boca, where lake ice served as the only form of refrigeration. Anchor’s California Lager is an attempt to recreate that original Gold Rush-era lager, using traditional hops, malts, and yeasts. Pick one up and take a long, refreshing sip of 1876. 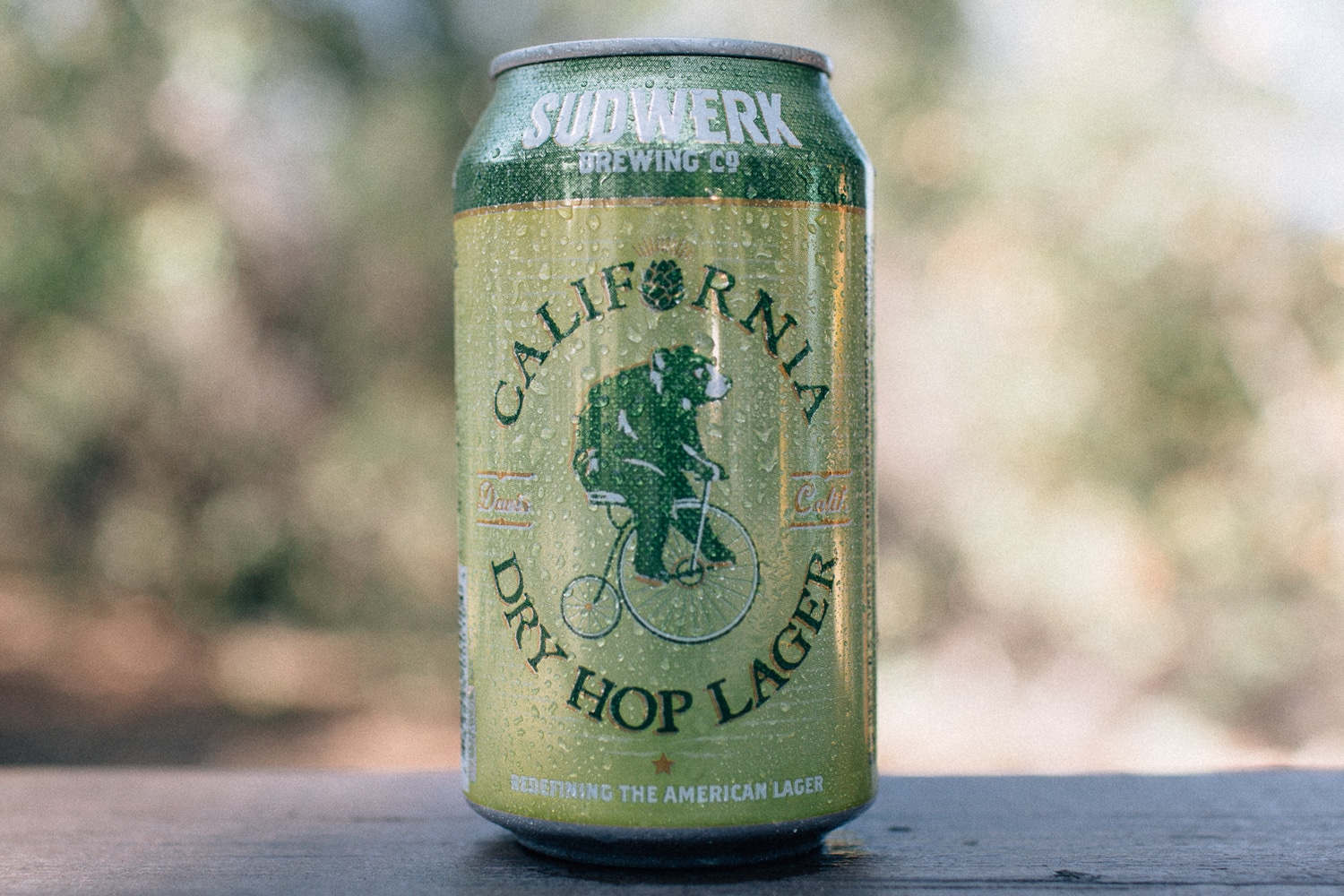 Light and refreshing with a more than a hint of pine, Sudwerk’s California Dry Hop lager is like taking a hike through the forest on a cool summer day. Blending bright, mouth-drying hops with a classic German Helles just goes to show that no style is safe from West Coast Hopification. 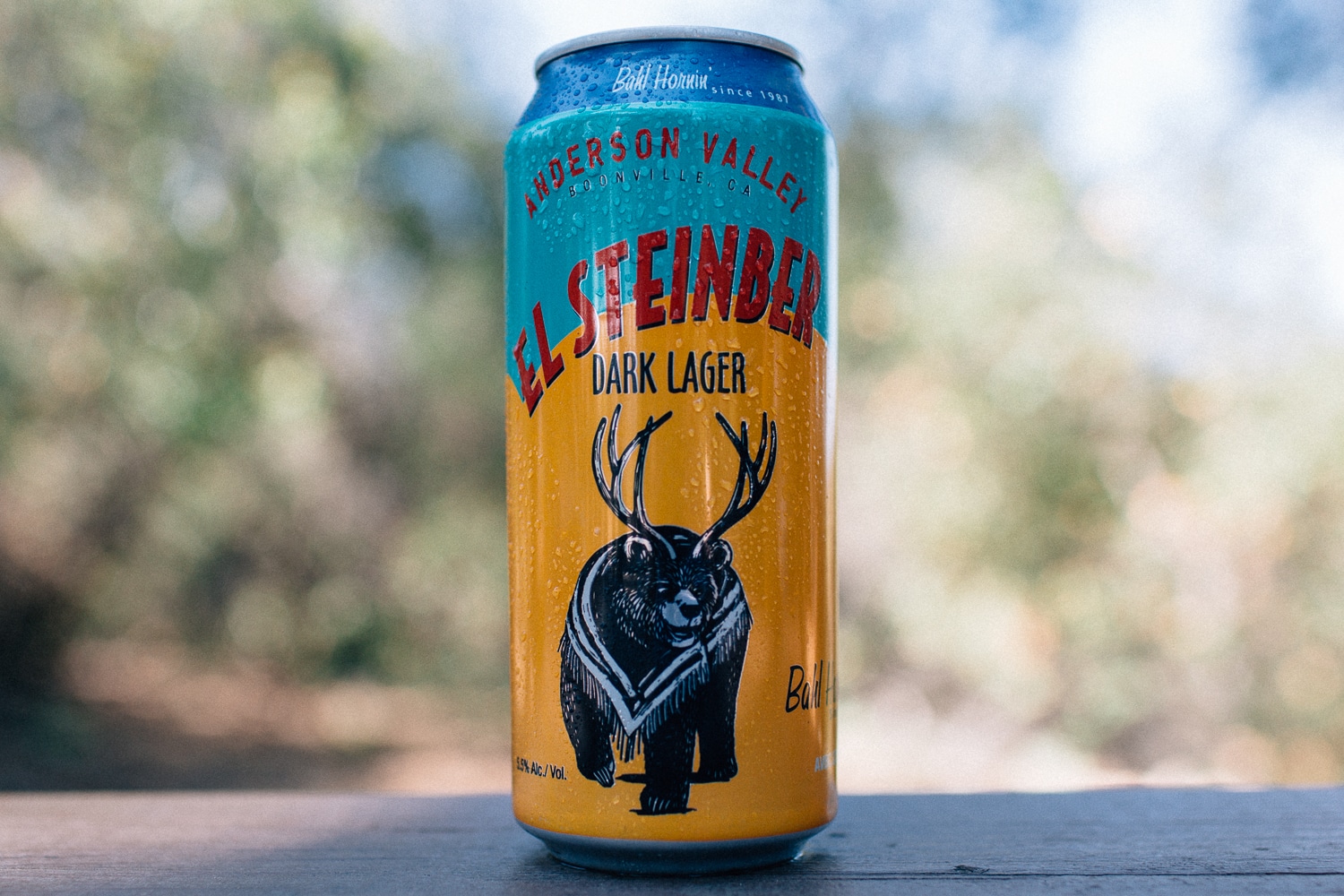 The poncho wearing bear with the antlers pretty much says it all. The El Steinber by Anderson Valley is an eclectic mix of wheat malts, roasted blue corn, and Czech hop that give this dark lager a complex yet remarkably refreshing taste. 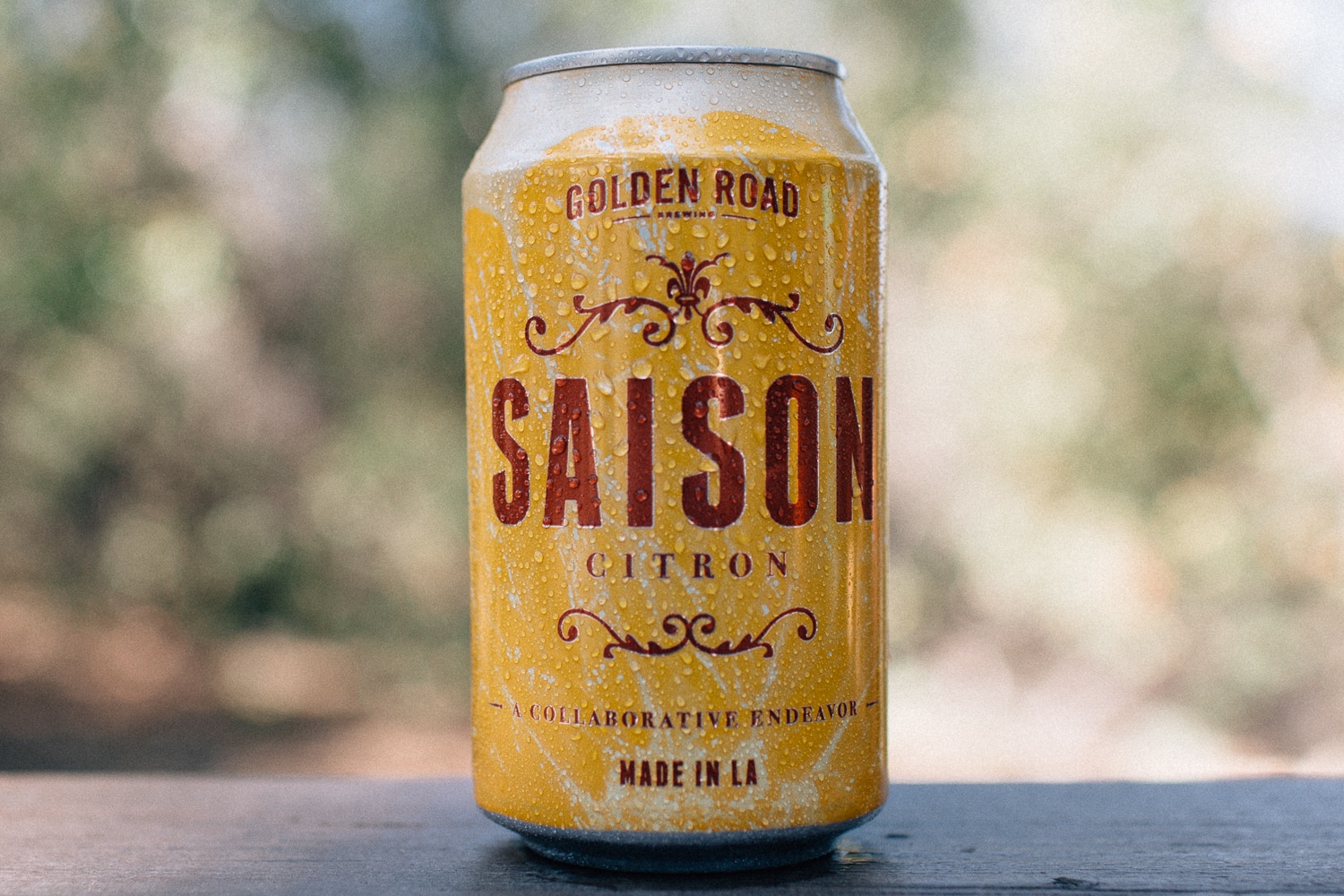 Bright. Crisp. Golden. These words could be used to describe the perfect summer day or the Saison Citron from Golden Road. This farmhouse ale is brewed with lemons to give it a super-squeaky clean taste that’s backed with subtle notes of rustic grain and spice. 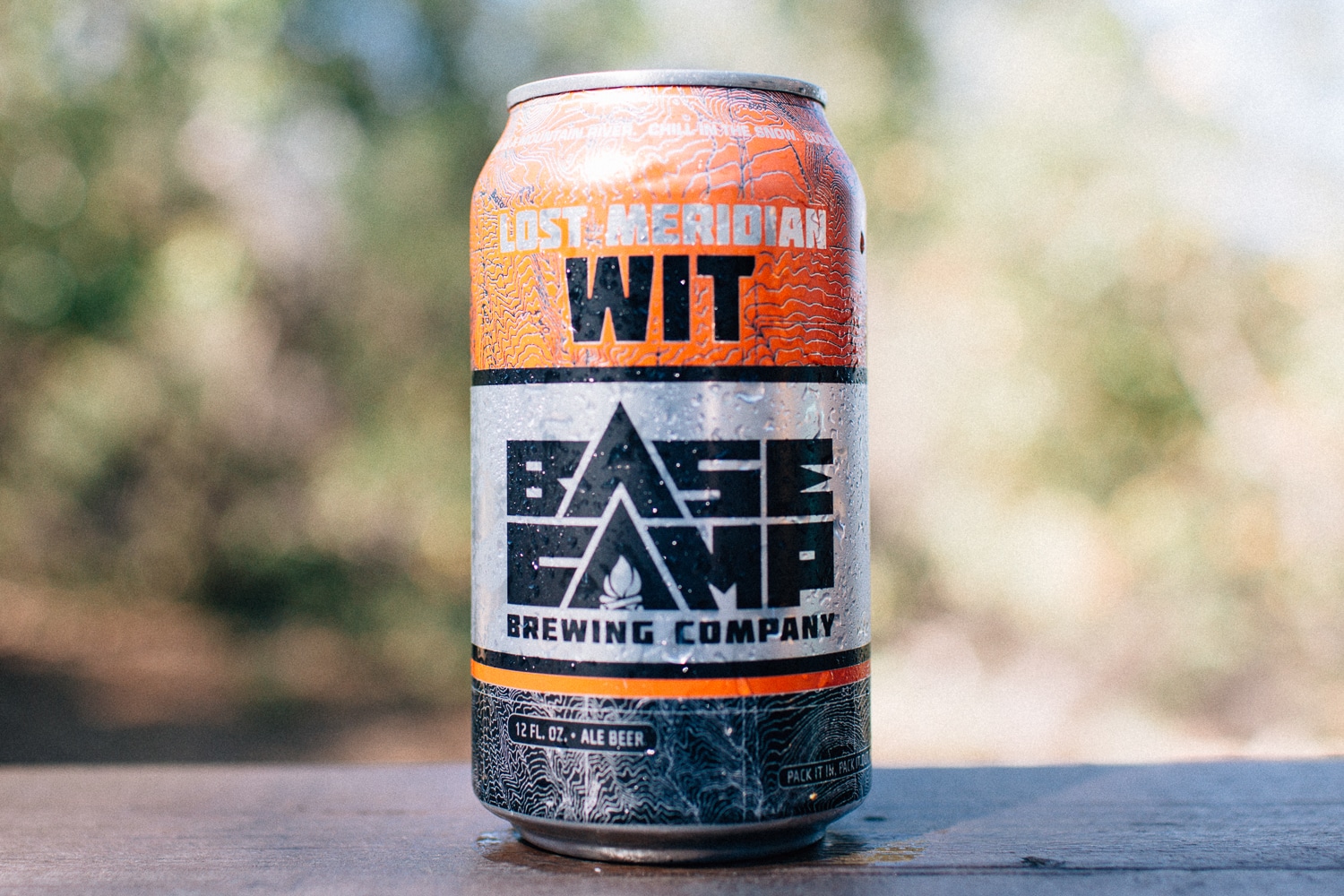 Base Camp is a brewery that gets the outdoors. The following instructions are printed on all their canned beers: “Soak in a mountain river. Chill in the snow. Cool off in a lake. Refrigerate if you have to.” Their Lost Meridian starts down the well-trodden path of a Belgian Wit, before veering off the beaten tracks into a land of citrus fields and mimosa waterfalls. 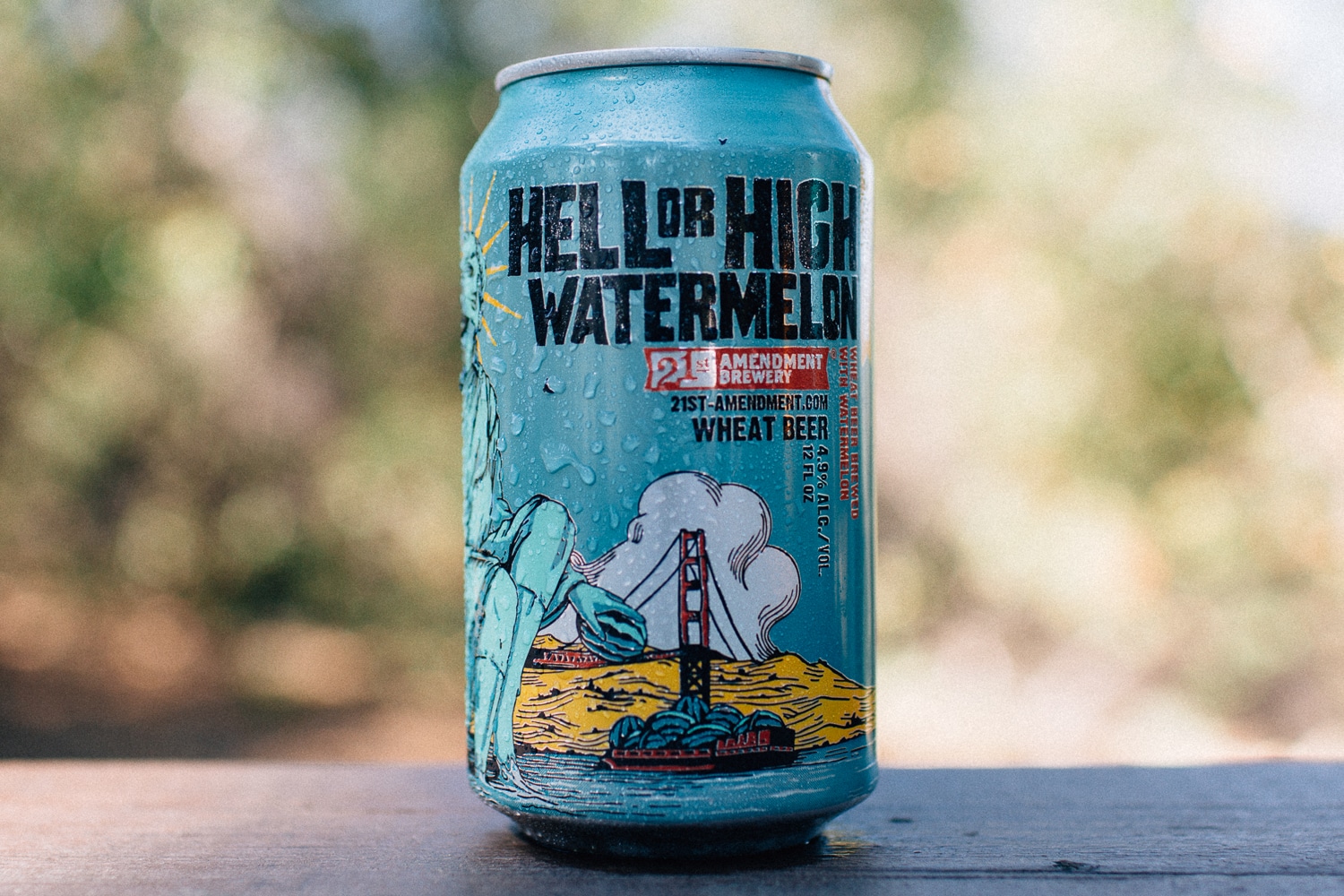 This beer is like laying down in a watermelon patch in the middle of summer. The sweet fruity aroma is all around you, but it doesn’t completely overwhelm. Light, airy, and crisp, this is an all-day sipping beer for the long dog days of summer. 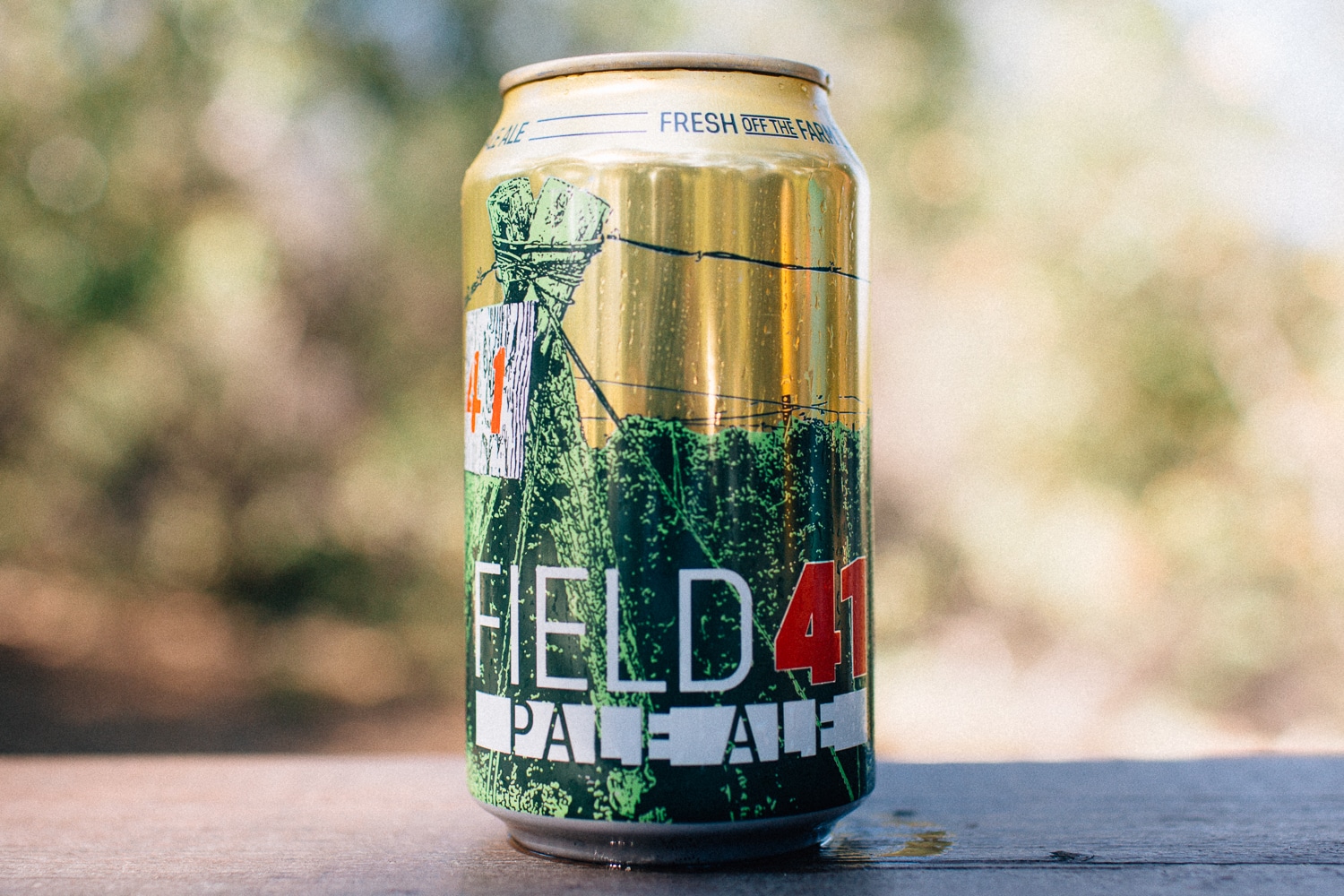 Field 41 Pale Ale by Bale Breaker has a powerful hoppy aroma at the start but finishes smooth as glass. Like floating down a river, the initial plunge might be a bit of a shock but once you’re in, it’s easy going. This is definitely a beer we’d like to spend a summer afternoon with. 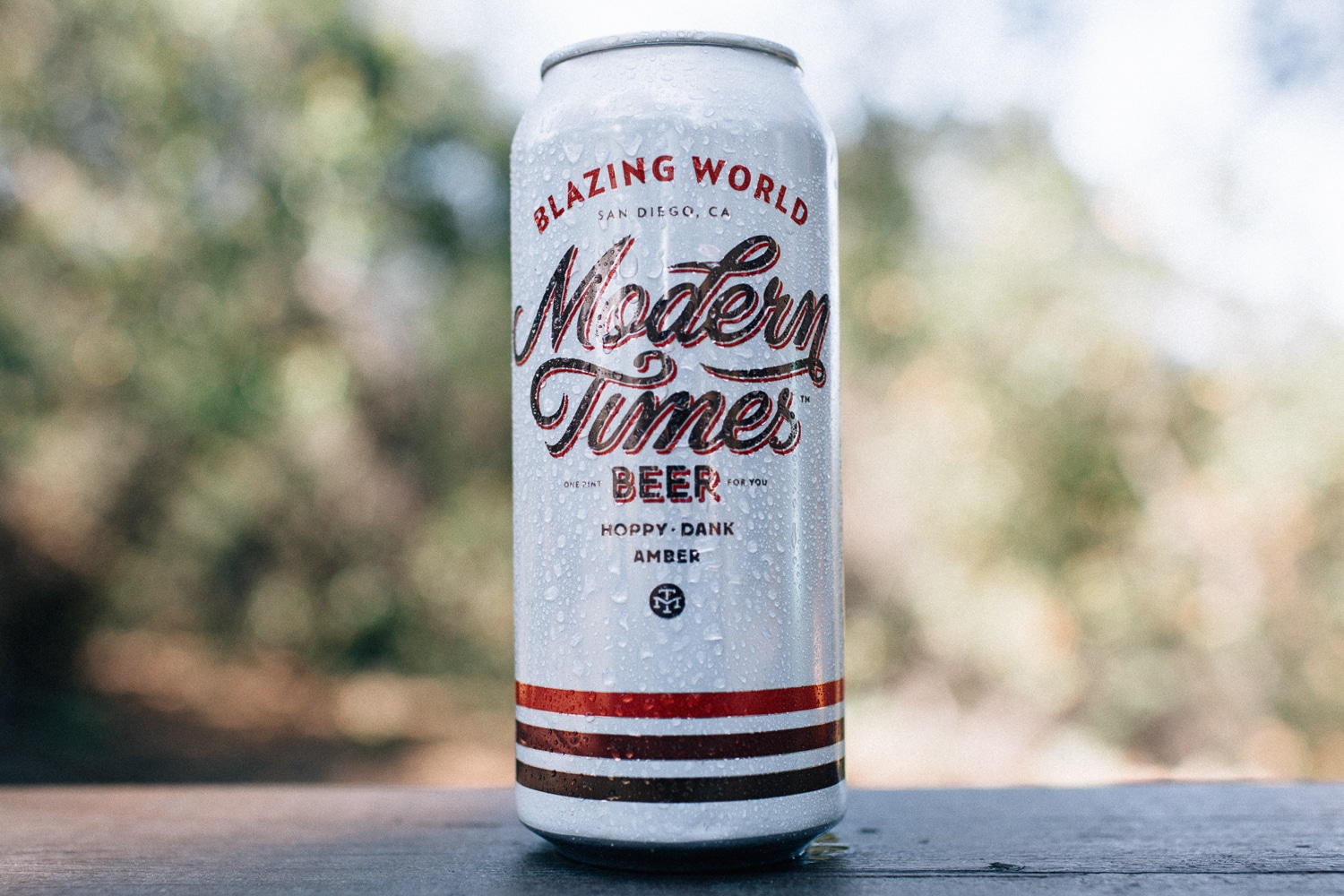 No words can do Blazing World justice better than the ones already printed on the back of the can. “This beer is the stickiest of the icky. It’s a blastwave of dankness. It’s a luxuriously hoppy amber loaded with Sauvin, Mosaic, and Simcoe hops, which are some of the fruitiest, most pungent hops sweet sweet money can buy.” We need more of this in our lives and so do you. 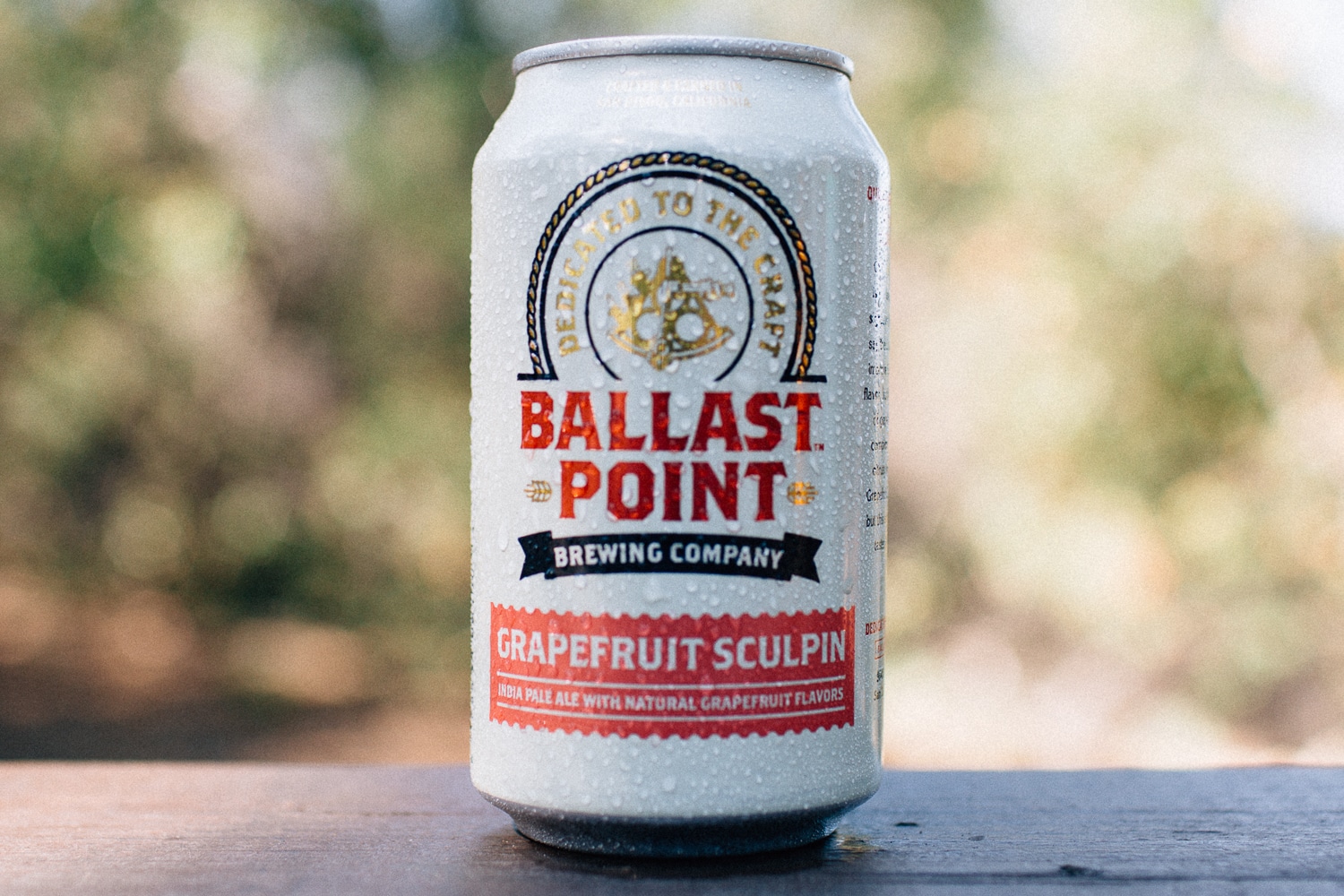 Ballast Point’s Grapefruit Sculpin IPA is quite possibly the best “sit and do nothing” beer out there. This ridiculously well-balanced IPA adds another dimension to its already robust profile with a slight citrusy tartness. It’s the beer version of drinking gin and juice. 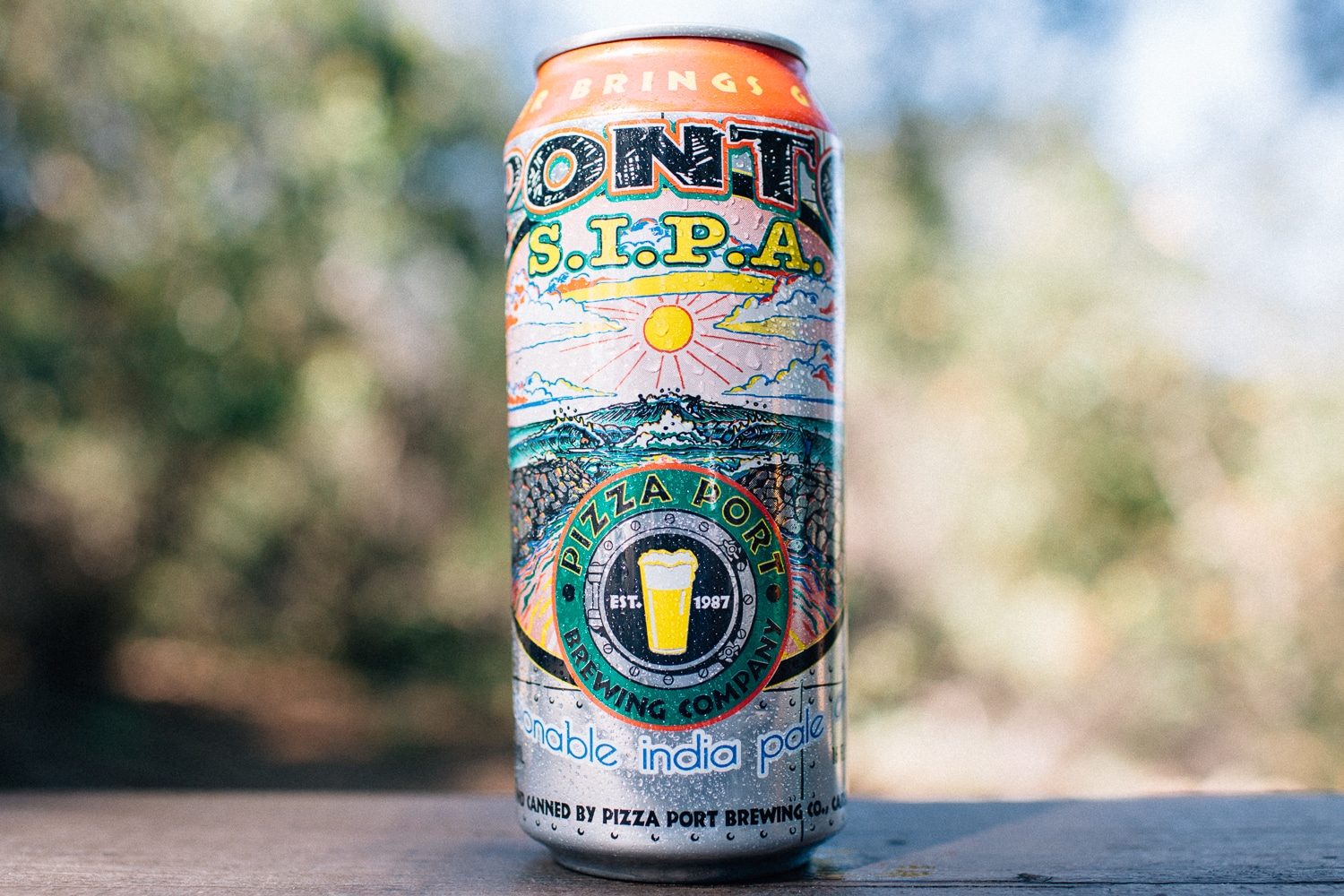 For all the surfers out there that want to drink an IPA without falling off their boards, this beach-inspired session IPA offers a big hop profile with a low 4.5% ABV. Bright citrus, piney spruce, and a hint of lemongrass, Ponto S.I.P.A. forms a peak that you can ride all the way in. 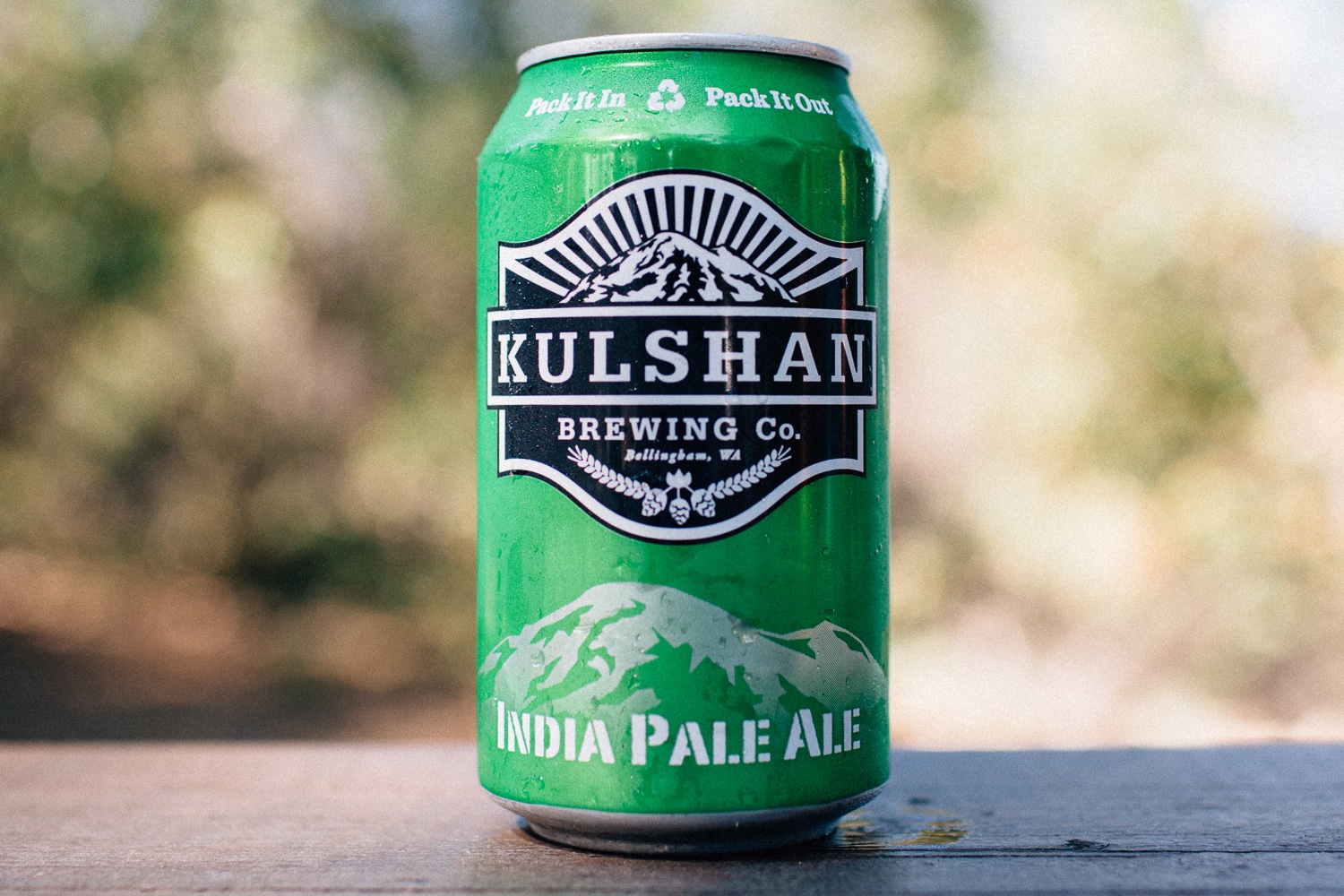 Hailing from the evergreen state, Bastard Kat IPA is a pine-forward beer with a thick, resiny hop profile. Clean, bright and mouth-puckeringly bitter. If the idea of being smacked in the face with the branch of a Christmas tree appeals to you, then this is your beer. 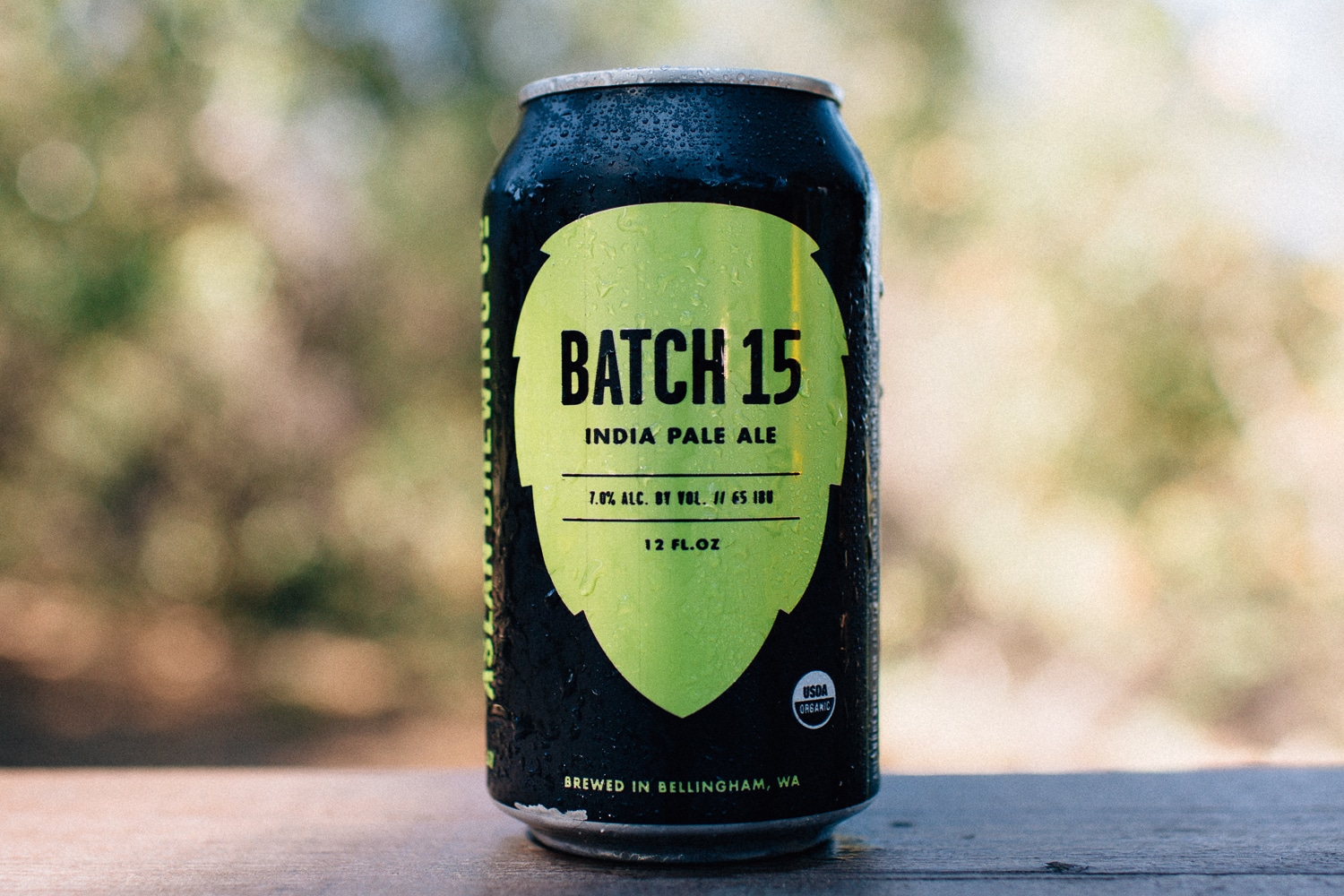 Light and sweet up front, dry and bitter in the back, this IPA is like stumbling upon a flowering meadow in a thick pine forest. A delightful mix of bright floral notes and herbal hops, this beer is worth taking your time to enjoy. 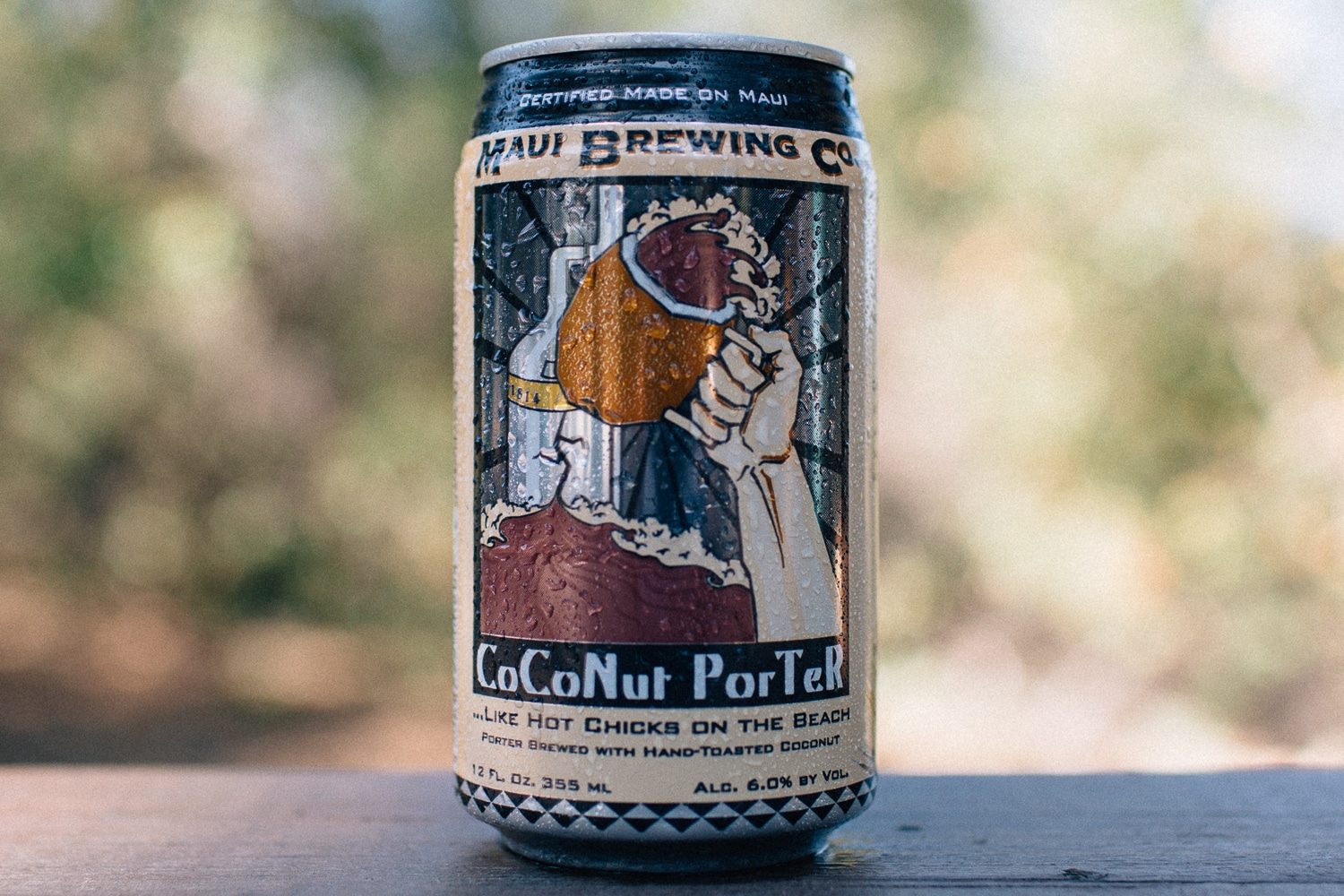 Sweet, tropical and with hints of vanilla, Maui’s Coconut Porter is the perfect dessert beer to cap off the evening. If you’re looking for a beer to pair with a s’more, this is the beer for you.

Know of a great West Coast canned beer that we missed? Let us know in the comments! We love discovering new beers.

Please log in again. The login page will open in a new tab. After logging in you can close it and return to this page.