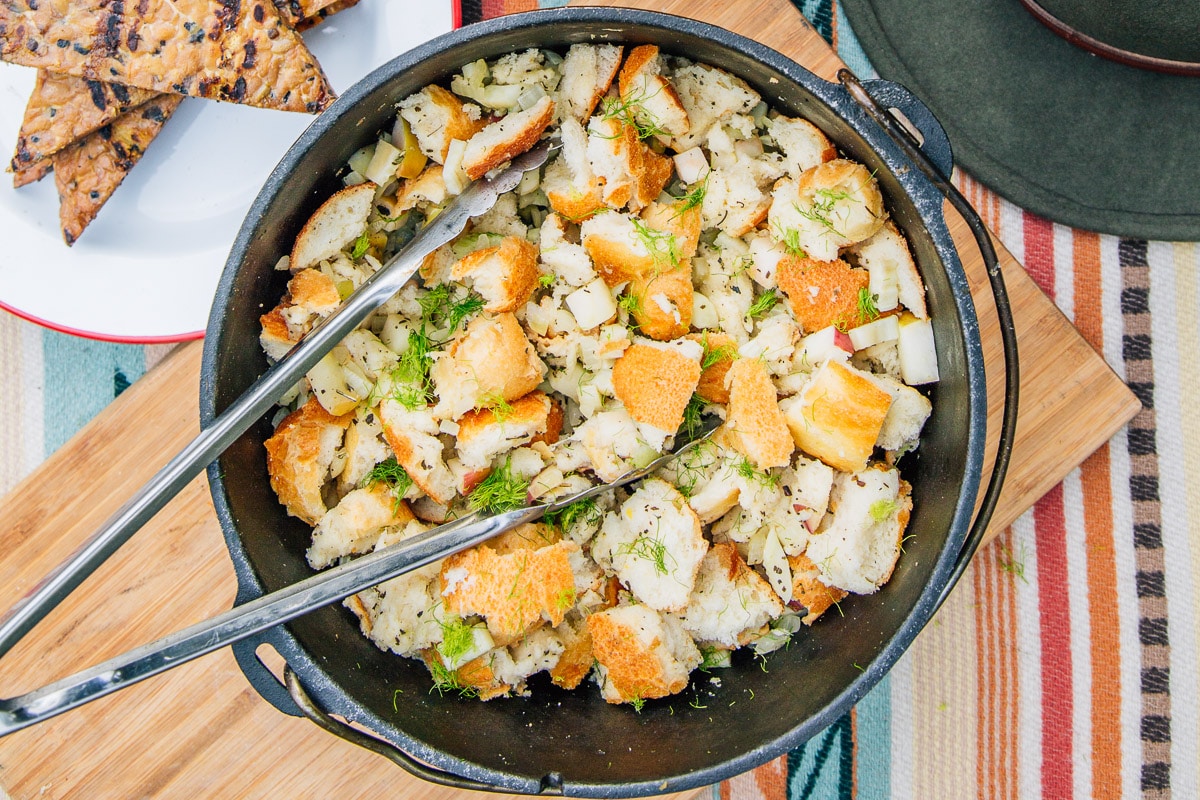 While the turkey always gets top billing at Thanksgiving, everyone knows the real stars of the show are the sides. Despite all the time and effort it takes, we can count on one hand the number of times that the turkey has been properly cooked. So if you are considering cooking Thanksgiving dinner while camping this year, we’d highly recommend you to ditch the bird and go straight for what matters: the sides.  The centerpiece of which should be this Apple Fennel Stuffing.

We’ve always had an affinity for stuffing. There’s something about a big heaping serving of aromatic carbs that just warms the soul. This camping friendly version doesn’t take much longer to prepare than store-bought Stove Top™ and isn’t loaded with high fructose corn syrup, sodium, and other preservatives. So now you can enjoy your stuffing with partially reduced guilt.

This recipe calls for one loaf of stale-ish bread. Easy enough, right? Just buy your bread a few days in advance and leave it out overnight. But moments of clarity and foresight like this are far and few between when camping. So if you forget, like we did, that the bread should be stale, we’ve got a few tricks for you.

If you remember in the morning, immediately cut the bread up in the 1” cubes and leave out, uncovered. This should firm the bread up enough by dinner time. If you remember moments before you’re supposed to start making it, then we suggest slicing the bread and toasting it slightly over a fire or in a pan. Slightly is the operative word.

So whether you’re making Thanksgiving in the great outdoors, or just have a hankering for some stuffing, give this Apple Fennel Stuffing recipe a try. 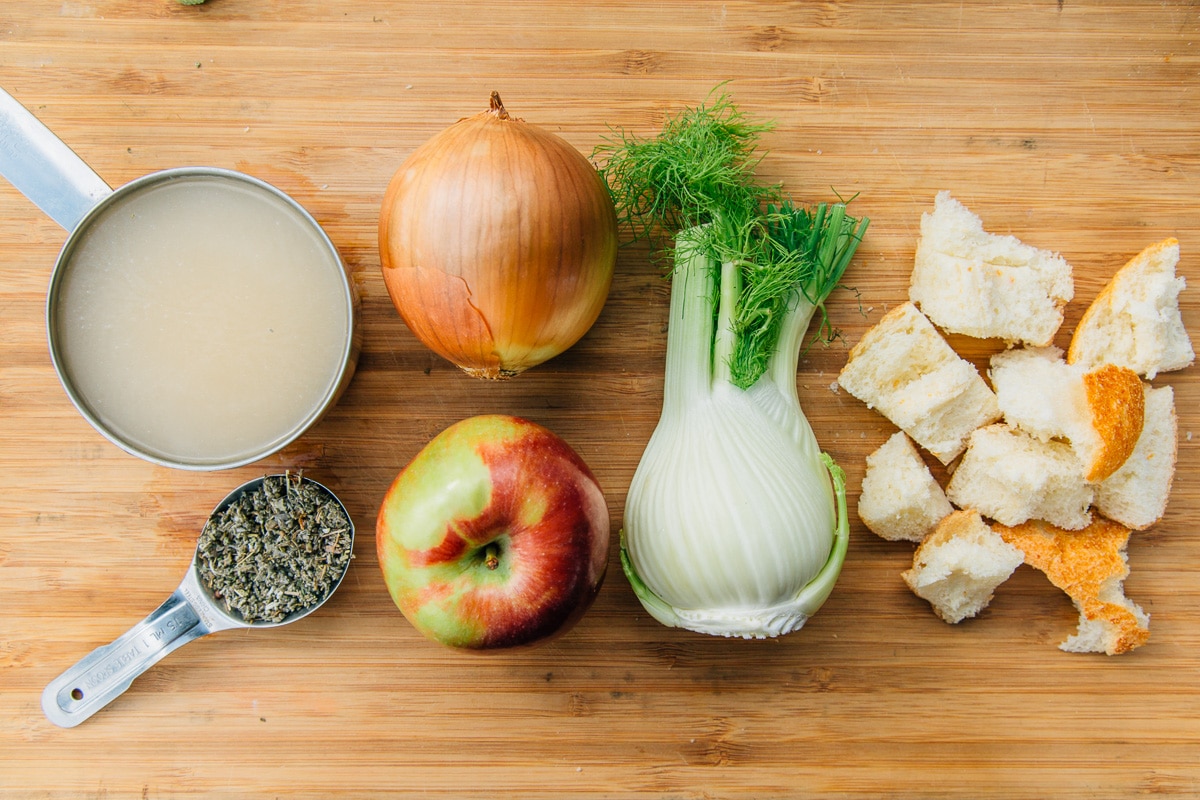 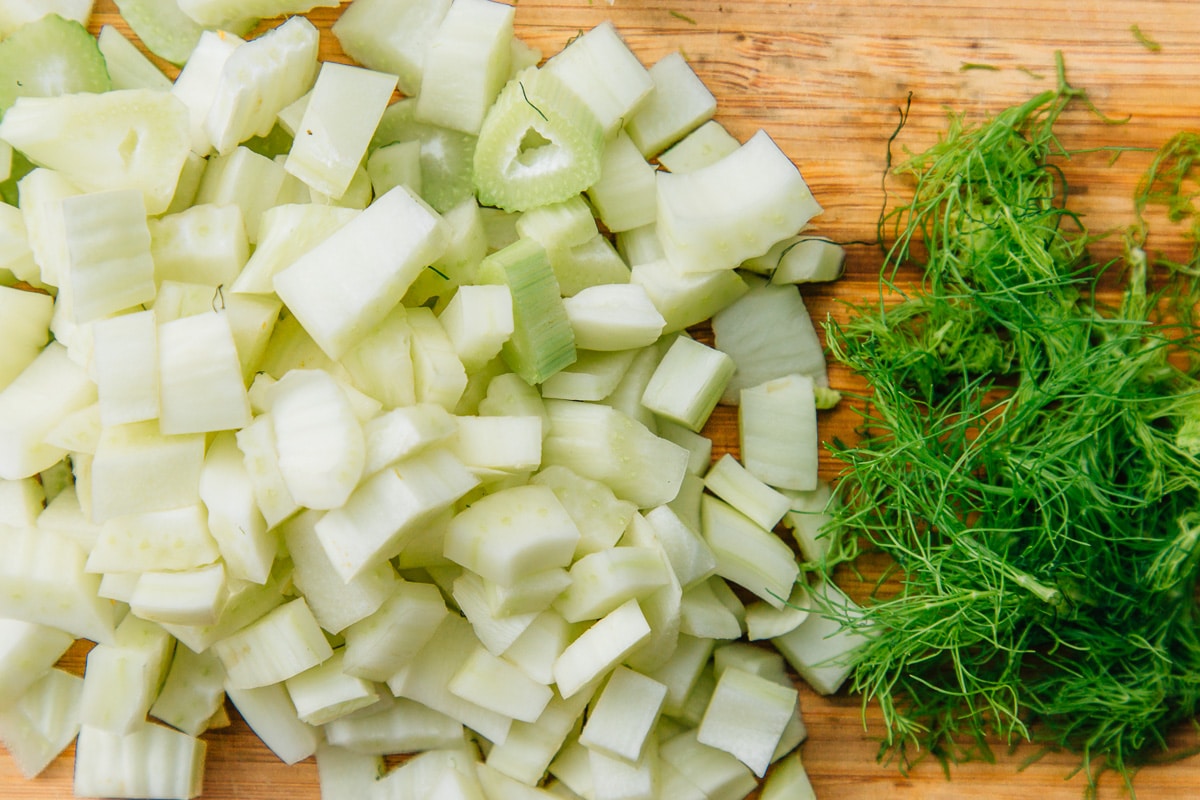 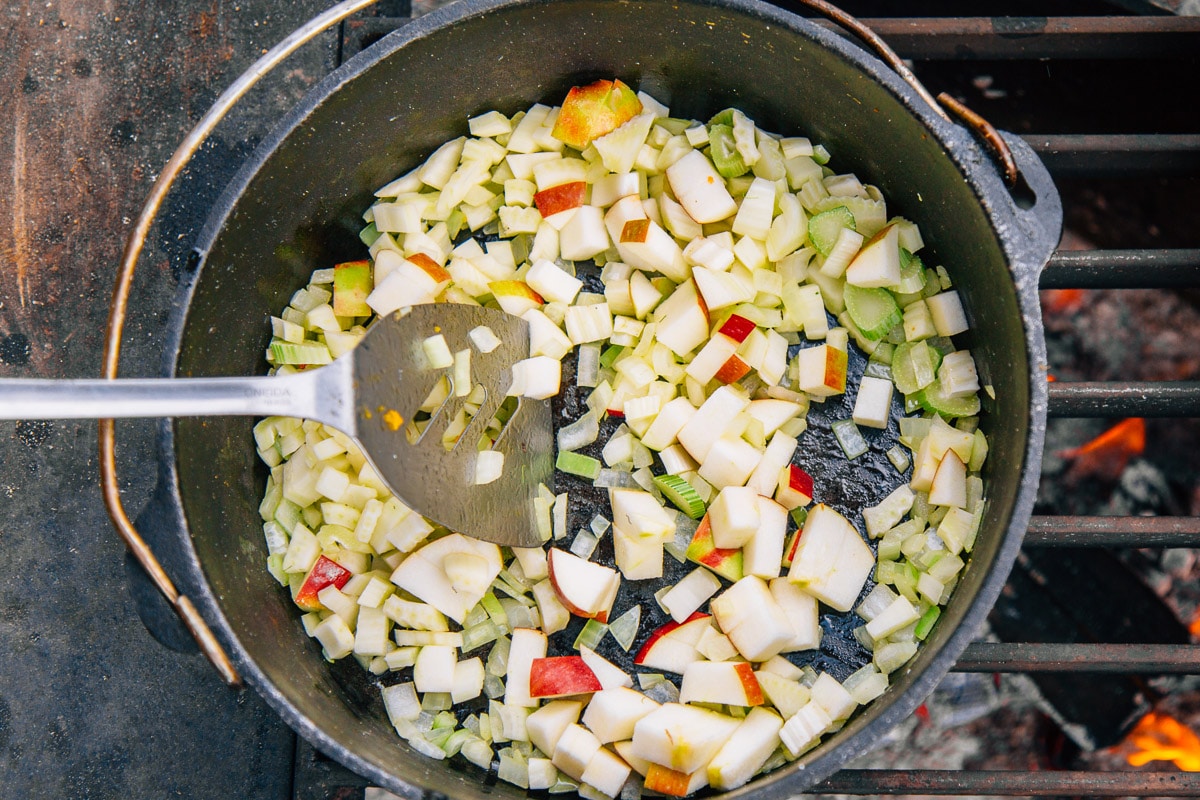 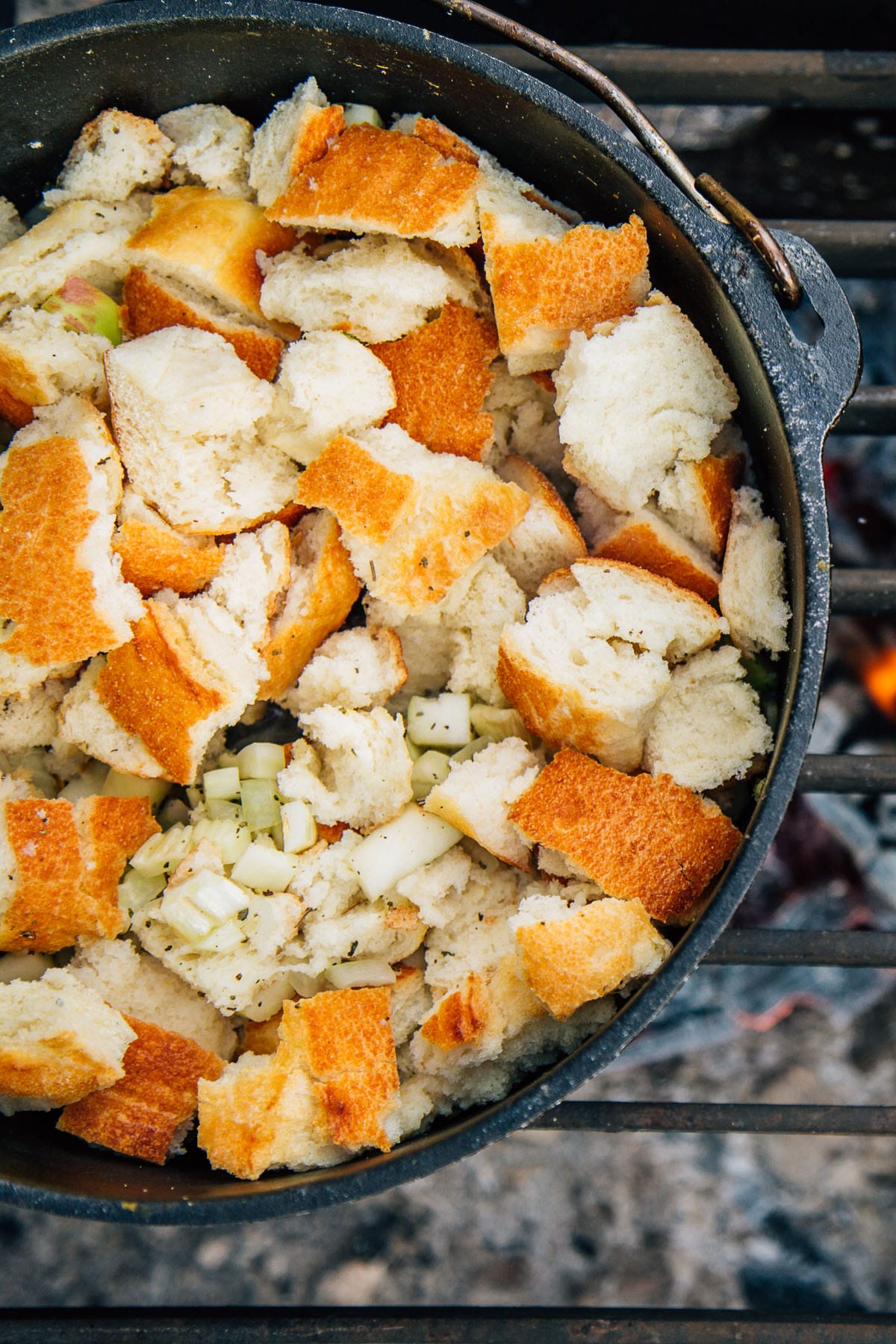 Calories: 242kcal
*Nutrition is an estimate based on information provided by a third-party nutrition calculator 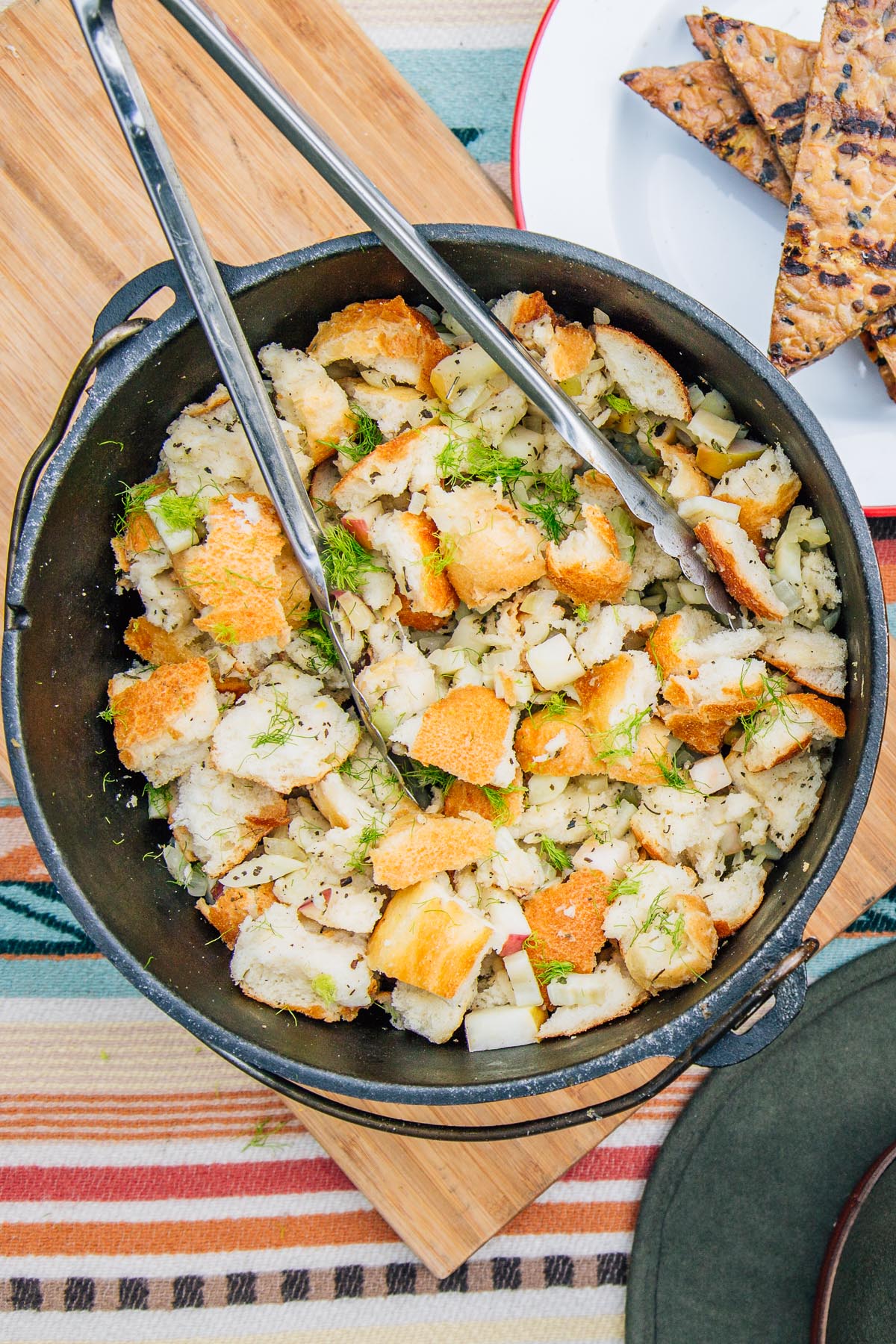